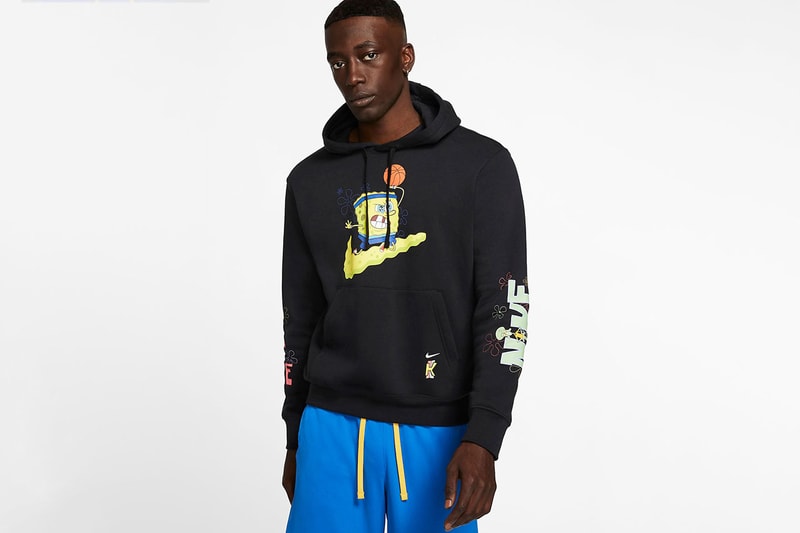 After beholding the entire Spongebob Squarepants x Nike Kyrie footwear collection, we now have a first look at The Swoosh’s accompanying wearables collection. Though Nike hasn’t introduced the entire offering just yet, a few items have trickled out a little early.

Encompassing a hoodie, socks, and a possible pair of shorts, the Spongebob-themed goods make ample use of the porous character’s signature shades for graphic accents. A black hoodie showcases Spongebob going for a dunk atop a Swoosh above stylized Kyrie branding. "NIKE" verbiage and Patrick Star appear on each sleeve for a finishing touch. A pair of Nike Elite socks reinforce the sporty motif, utilizing the same Kyrie logo, red and blue stripes and "I’M READY" text woven inside the sock.

Take a closer look at several items, including kids’ goods, on Nike’s site and expect the entire range to hit the website shortly.

Meanwhile, PUMA teased its own forthcoming animated collaboration with One Piece.