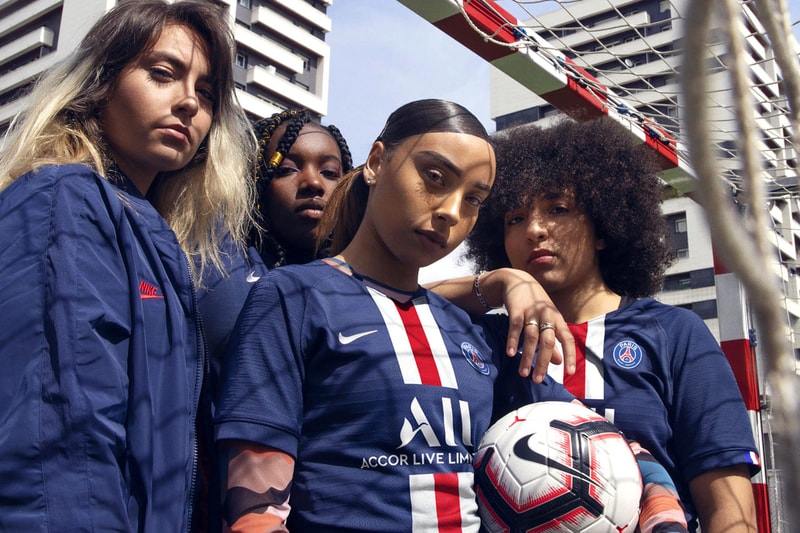 Following the announcement of the extended partnership between Nike and Paris Saint-Germain, the two have unveiled their latest 2019-2020 home kit that pays homage to their 30-year-long relationship.

The lineup consists of a series of jerseys emblazoned in bold red and white stripes of the club’s older motif. Made with a raglan sleeve construction and V-neck collar, the shirts are detailed with Nike’s Swoosh and PSG’s emblem on the right and left sides of the upper chest. Alongside its logo, the words "Accor Live Limiteless" is stamped at the center, while "Paris" is placed on the back of the collar. Other garments like blue shorts and socks round off the concise assemblage.

In a press release, Nike’s senior design director of football apparel, Pete Hoppins mentioned: “Given the anniversary, we felt it was only right to introduce a modern interpretation of the historic jersey and produce one really true to the club’s identity." Kylian Mbappé added, “I have always been a huge fan of Nike, and it’s great news that they will be making PSG kits long into the future."

In other related news, Adnym Atelier has released its "201" lookbook, highlighting the classic check pattern.