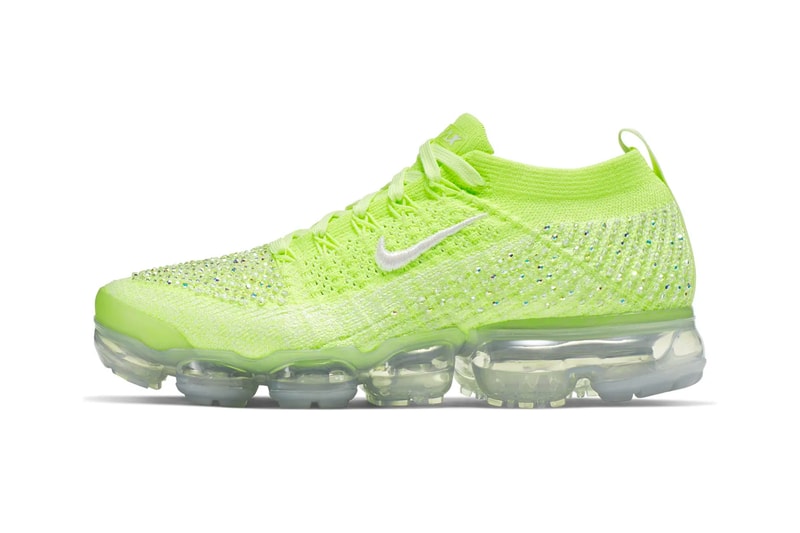 Following the success of the first collaboration at the end of last year, which produced the Air Max 97 LX "Metallic Gold", Nike and Swarovski have teamed up once again, this time delivering a glimmering version of the Air VaporMax Flyknit 2.0. First released in 2015, the VaporMax reimagined the possibilities of Air, and four years on, the model is still receiving inventive makeovers.

A clear bubble-sole accompanies this "Volt" colorway, featuring a white Swoosh on the side of the sneaker against a lime-green monochrome upper. Over 1,000 dual-finish Swarovski crystals are hand-embroidered onto the uppers, creating a luxe and sparkling aesthetic for this silhouette.

Part of Nike’s Summer 2019 releases, the Swarovski® Air VaporMax Flyknit 2 LXX is due for release on March 15 at a retail price of $500 USD.

In more Nike news, the company has just released a new LeBron 16 in "SB Blue".