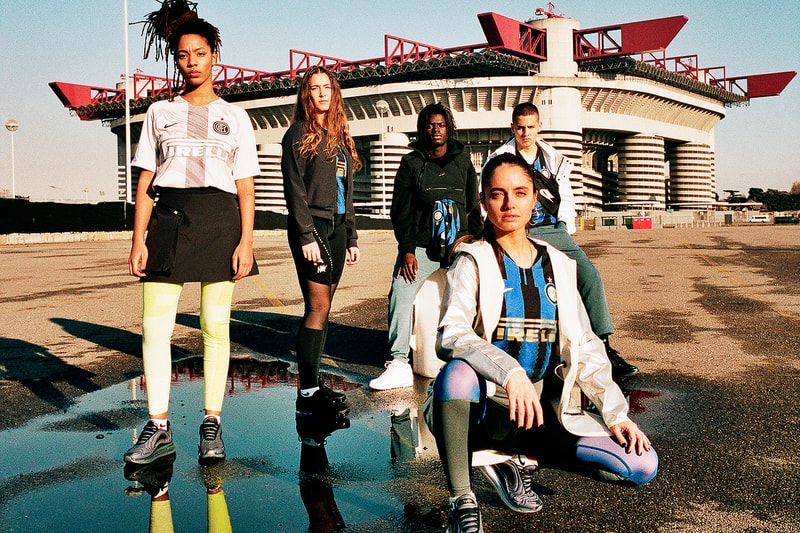 After releasing a home kit marking the anniversary back in September, Nike and Italian football giant Inter Milan have celebrated 20 years of their collaboration with a new release. The commemorative new jersey is inspired by a number of different iconic kits over the past two decades. Both the front and back of the jersey pay tribute to five different jerseys that hold significance to the Inter Milan fanbase.

Some of the jerseys referenced are the 1998/99 jersey — the first with Nike and worn by legendary striker Ronaldo — as well as the club’s centenary in 2008/09, and the kit worn during Inter’s treble-winning 2009/10 season.

The commemorative jersey will be worn in the upcoming match against Inter’s fierce local rival AC Milan. It will also be available to fans in a classic stadium jersey format, as well as a match-ready Vaporknit version that is limited to just 1,908 pieces, a nod to the year of Inter’s founding. The 20th anniversary Inter Milan x Nike jersey will release via Nike.com on March 9.

In other sports news, take a look at Nike’s new Dream Crazier advert.

INTER AND NIKE RAID THE VAULT FOR 20th ANNIVERSARY JERSEY ?⚫️? The design is inspired by the shirts worn during the ten most significant seasons for the club and the fans. #Inter #ForzaInter #Nike #NikeFootball #Jersey #Football