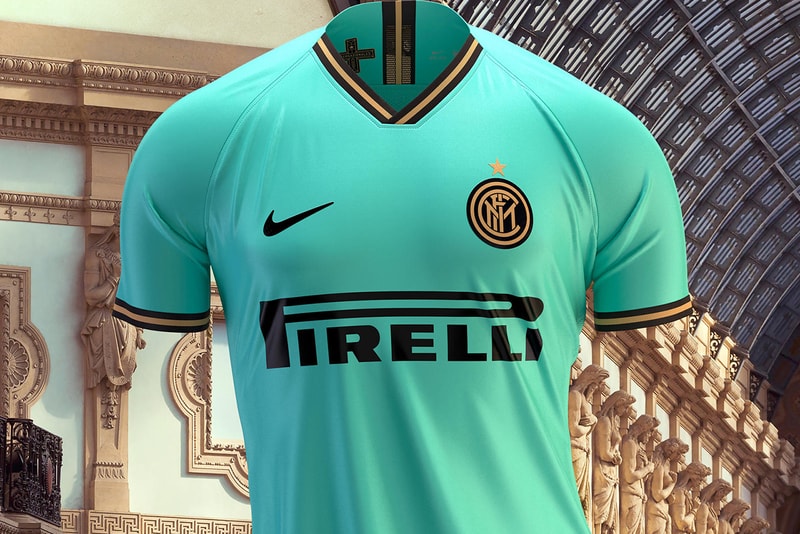 Fresh from dropping a new Tiempo update, Nike Football has unveiled the away kit that will be worn by Italy’s Inter Milan throughout the 2019/20 season. The jersey’s design references both the city of Milan and triumphs in Inter’s recent past.

The aquamarine color of the jersey is a nod to the goalkeeper’s kit worn during the 2009/2010 season, as Inter Milan claimed a historic treble of the Champion’s League, Serie A and Coppa Italia trophies. As well as aquamarine, the kit is finished with a black and gold trim. These touches are a reference to the elegance and grandeur of Milan, a theme which continues onto the inside of the shirt where a Milanese cross celebrates the Duomo in the city.

The jersey will be worn with white shorts and color-blocked, half-green and half-white socks. Inter Milan’s full away kit for 2019/2020 will be available from the Nike web store on June 26.

In other football news, take a look at the official match ball for the upcoming Premier League season.