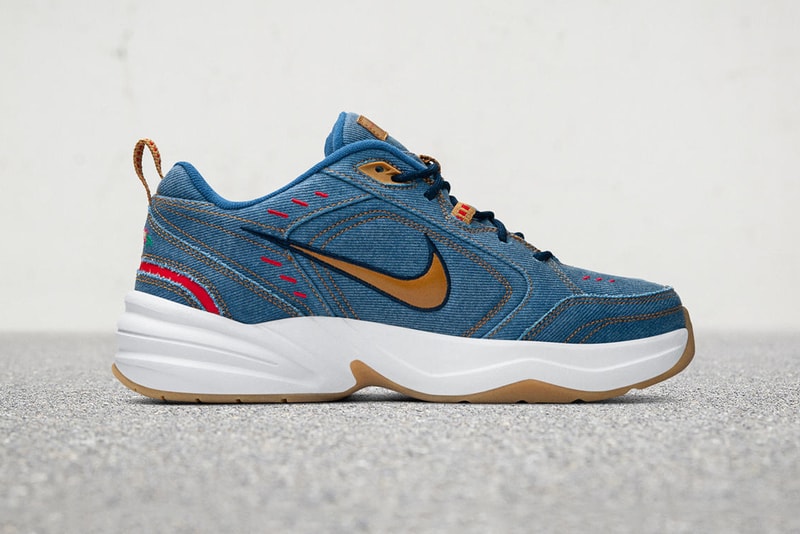 Earlier this year, Nike and Martine Rose worked together on a unique rendition of the Air Monarch IV, breaking the mold of the silhouette with its sporadic warps and contortions. The dad shoe has returned once again just in time for Father’s Day with a new denim colorway.

The uppers of the Nike Air Monarch IV are graced in light indigo denim with hints of frayed seams and contrast stitching in ochre. Navy laces and orange eyelets cover the tongue, while a leather patch is woven at the top. At the toe cap, rear sides and heel are sharp red accents that complement the sneaker’s blue tones. A big brown Swoosh appears at the sides with an "air" tab placed behind it. The heel is embroidered with flower motifs that nod to the flora of the Central California coastline. As a finishing note, the chunky white midsole is underscored by beige gum that references the brown leather patches often found at the back of jeans.

In other related news, Nike’s Shox R4 gets a reflective and retro makeover.