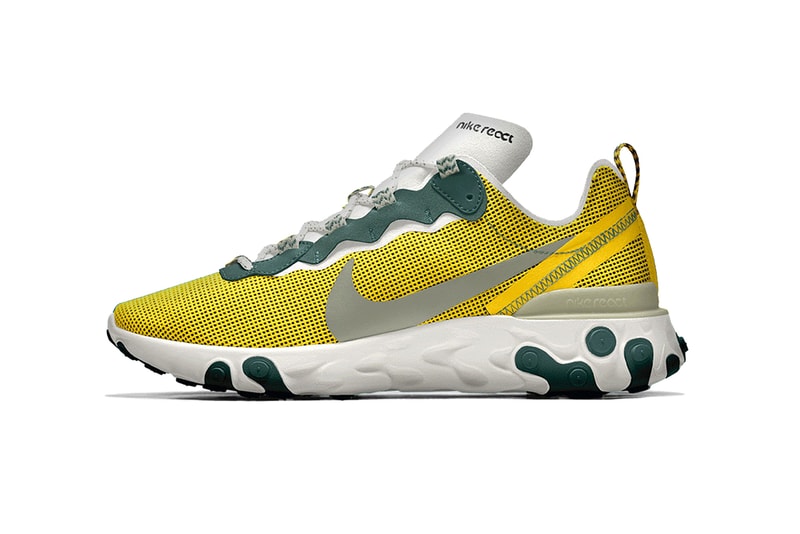 Nike‘s React Element 55 may get less love than its highly in-demand cousin, but that could be about to change. The sportswear giant has announced plans to introduce the 55 to its line-up of customizable Nike By You models, made more tantalizing by exclusive details and materials.

The sleek silhouette, inspired by the Internationalist, will be offered with a variety of customizable details. Among those new features are materials and trims described by Nike as "experimental," including open woven leno mesh uppers. Colors include hues inspired by hazmat and firefighting suits, so expect plenty of distinctive, striking options. Finally, the Swoosh promises a series of new colorways on the horizon, including a holographic-like Black/Black-Laser/Fuschsia-White model and a clean iteration in White/University Red.

Nike By You‘s customizable React Element 55 program launches on May 2.