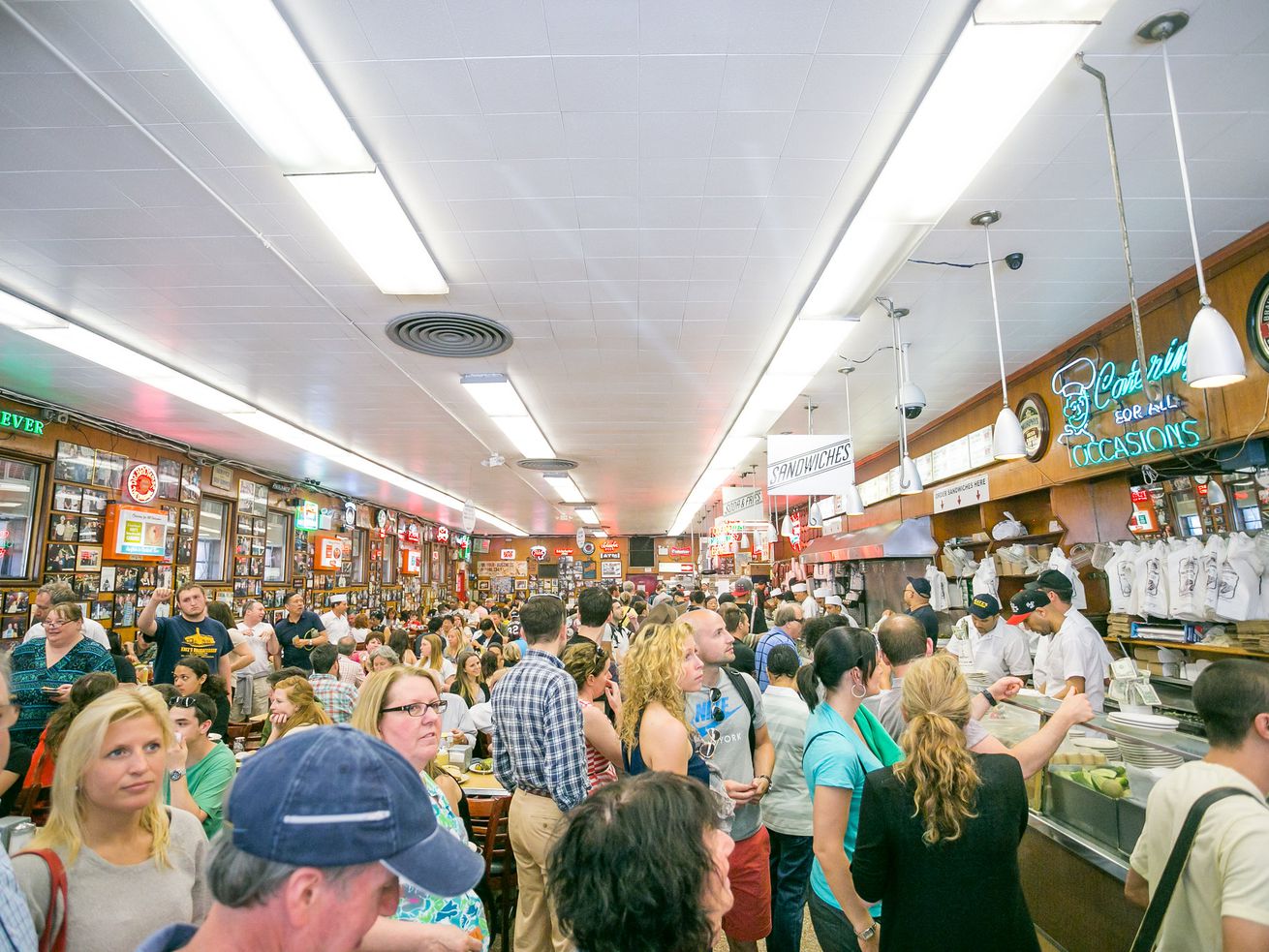 Plus anniversary parties, chef updates, and Beyond Meat burritos

New York City deli institution Katz’s is coming to Los Angeles this weekend. That’s per TimeOut LA, who note that the 131-year-old pastrami mainstay is popping up at the Santa Monica location of Belcampo Meat Company. One big note, though: It’s not a full restaurant takeover, complete with the entire Katz’s, menu, but more like a take-home sandwich kit filled with pastrami, rye, deli mustard, and the like. Each box runs $27, and also comes with a Belcampo burger. The pop-up starts today and runs through Sunday.

Food & Wine is high on the new menu at Employees Only, the cocktail bar and restaurant in West Hollywood. The chef, Brian Bornemann, has been turning out several surprising new dishes (including a big platter of chicken cooked two ways), but now he’s off to oversee the kitchen at the famed Michael’s restaurant in Santa Monica. Don’t worry, he’ll still be consulting at Employees Only for now.

Get in on the fun

Severance Wine Bar on Melrose is turning one, and to celebrate the team is doing a massive day of free drinks, reduced-price bottles, and more.

Trejo’s Tacos is jumping on the Beyond Meat bandwagon. The company is adding tacos and burritos with Beyond Meat starting this coming Monday.

Smog City Brewing Co. is collaborating with Astro Doughnuts & Fried Chicken in Santa Monica on Saturday, August 24. The duo is doing a food and drink pairing out on Astro’s patio from 2 p.m. to 6 p.m., featuring a saison with a fried chicken tender, an IPA with a slider, and so on The best part is, the beer will be infused right into the fried chicken and doughnuts.

For those who still haven’t been to Colossus Bread down in San Pedro, not to worry; some big influencer fans of the place have put together a spiffy video on what to expect, from the history of the owners to the tiny shop itself. Check it out.