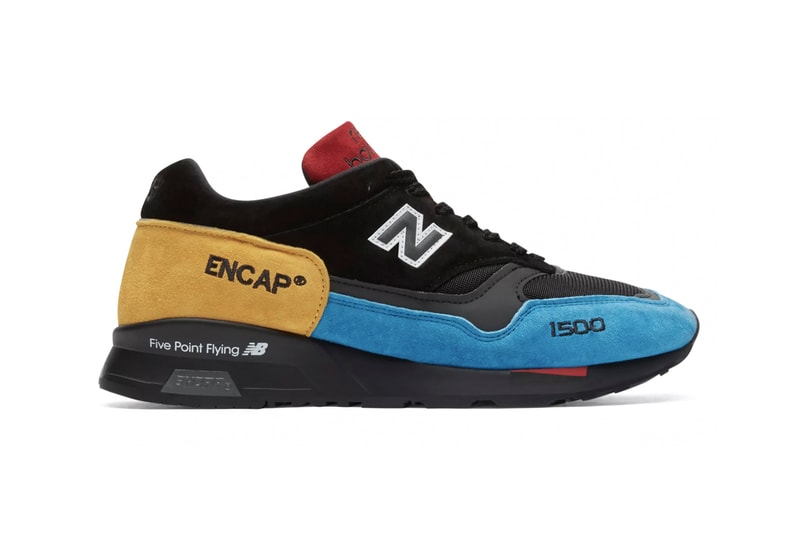 New Balance has introduced a new pair of 1500 and 577 sneakers in its Made in UK Urban Peak line, joining the previously seen Vibram-equipped MTL575.

For the 1500, New Balance has gone heavy on the branding and colors, giving the pigskin, 3M and Cordura mesh upper a black, blue, yellow and red makeover alongside bold "ENCAP" embroidery. 3M outlines the "N" emblem on both sides of the shoe, while embroidered "1500" branding appears on the lateral side of the toe box in black. More embroidery can be seen on the tongue, detailings its Made In England heritage, while the phrase "Five Point Flying" appears in white on the blacked-out midsole.

The 577 gets a similar trail running-inspired colorway sporting a predominantly black upper with overlays of olive, blue and red. It also features an ENCAP sole unit, which has been treated to black, orange and grey sectioning, and sees 3M once again outline its "N" emblems. Cordura mesh has been used for the tongue and a plastic NB-branded heel clip has been added to the rear.

In other news, New Balance has given the 990v5 a stealthy triple black makeover.