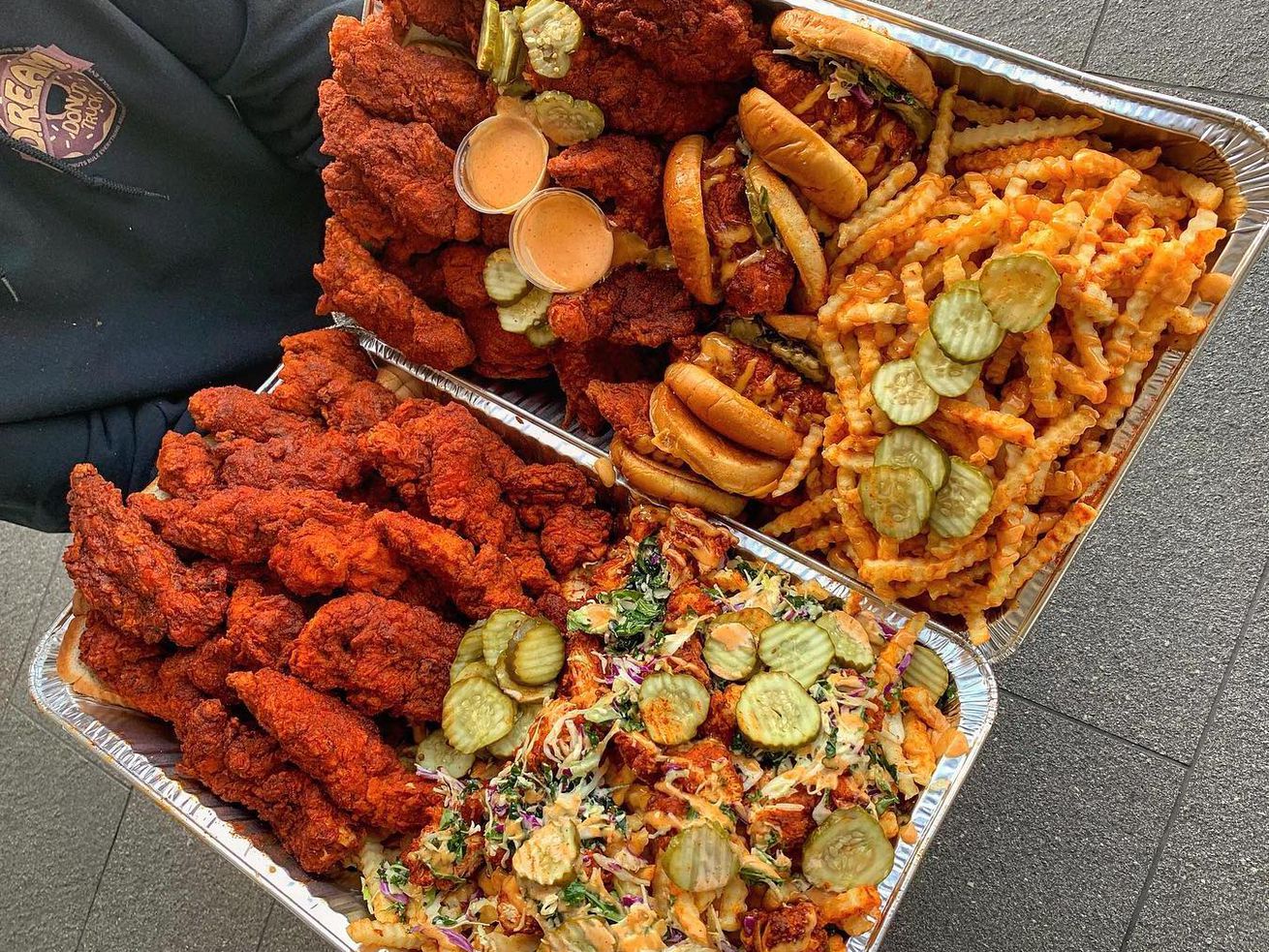 The former street food stars aren’t stopping there, either

Dave’s began life in 2017 as a street food pop-up in an East Hollywood parking lot, but quickly ballooned in to something much more, turning away hundreds of hungry eaters eager to try the company’s signature two tenders, fries, and slaw plates. Owners Arman Oganesyan, Tommy Rubenyan, and David Kopushyan used the momentum to push into a corner strip mall location on Western just south of Santa Monica Boulevard, working a slightly expanded menu to the tune of several million dollars in sales per year. Now comes phase two: Locations across the city and, soon, America.

First up is North Hollywood, right at Lankershim and Magnolia in the heart of the community’s busy arts district. The Dave’s team has taken over a short-lived fast food restaurant there, and is looking to turn the 2,000 square foot address around in just a matter of weeks. Oganesyan tells Eater that an opening is being planned for next month, with a beer and wine license to come after that.

The jump to North Hollywood is particularly intriguing, given the glut of street hot chicken options that now populate the San Fernando Valley. Almost all are trying to directly emulate the format and style that Dave’s had at the original parking lot pop-up, which itself was inspired by the success of Howlin’ Ray’s in Chinatown. By any estimation, there are dozens and dozens of copycat street food hot chicken operators across Southern California these days.

This will be waiting for you tonight at #DavesHotChicken Captured by: @daveshotchicken

After North Hollywood comes Koreatown, with the Dave’s crew grabbing some real estate at Wilshire and Normandie as well. There are plans for at least one location further east, and more to come on the westside eventually too. What’s more, Dave’s Hot Chicken has now entered into a franchising agreement with a prominent company, meaning there are upcoming plans to put the fast casual Dave’s brand in spaces across the country. But for now, it’s all about North Hollywood as the hot chicken wars continue to escalate.