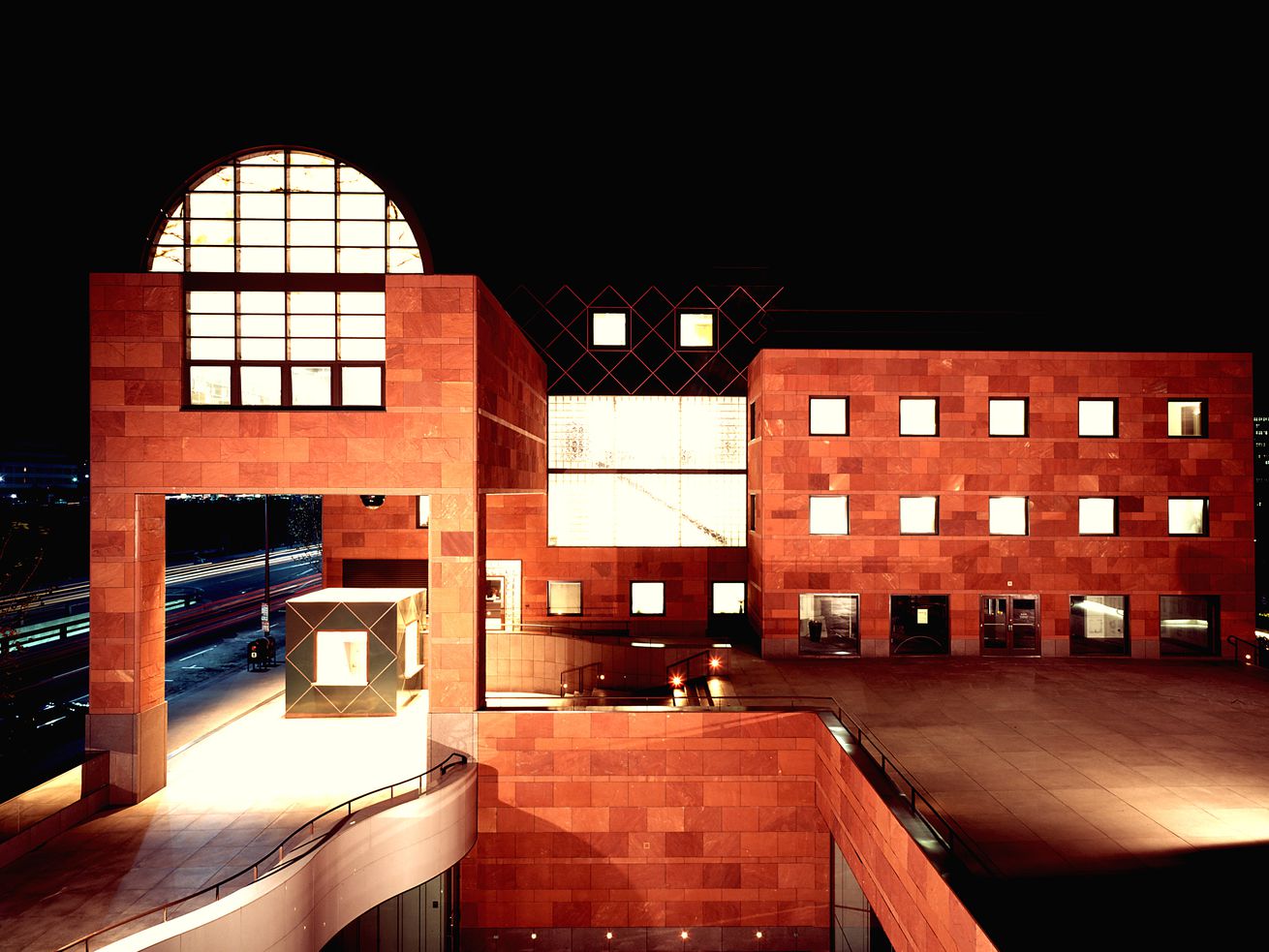 Will it finally get the recognition it deserves?

It can be easy to overlook the role that MOCA’s red sandstone fortress, embedded deep in Bunker Hill, played in wooing a wave of contemporary architecture like Walt Disney Concert Hall and the Broad Museum to Downtown Los Angeles. Today, MOCA’s architect Arata Isozaki was named as the winner of the 2019 Pritzker Prize, which may finally cement his LA legacy as the slow-burning catalyst of a cultural corridor that’s finally coming to life.

Since it was opened in 1987, MOCA is not included in Survey LA, the citywide initiative to locate and protect historic or significant landmarks built before 1980. Hawthorne is now overseeing an effort to create a database of LA structures from the postmodern era, “many of which were difficult to appreciate even when they were new because they sought to challenge traditional notions of beauty or architectural context.”

That sentiment accurately describes MOCA, where, for decades, celebrations of Isozaki’s design—his first U.S. commission outside of Japan—have appeared alongside critiques of its performance.

In the 2003 edition of the Architectural Guidebook to Los Angeles, David Gebhard and Robert Winter called MOCA “unquestionably one of the most beautiful buildings erected in Los Angeles during the past four or five decades.”

“Nevertheless,” Gebhard and Winter continue, “the layout of the museum seems a bit strange. The public galleries are approached down a flight of stairs that lead into the south pavilion. From the street, these stairs are hardly apparent. It almost seems as if the architect wished to make the museum embody a religious ritual.”

The reason the museum is stashed in a subterranean chamber instead of a soaring cathedral is more about LA’s topography and politics than Isozaki’s wishes.

After Bunker Hill was razed of its Victorian homes, MOCA was granted a key site in a newly reconfigured business district—straddling what’s essentially a double-decker freeway that runs beneath Downtown. The front entrance is located on busy, then-unremarkable Grand Avenue; the back entrance on dark, underground Olive Street.

The only redeeming quality about the site was that the museum would be located at the edge of a potentially promising new urban plaza—with just one catch.

“The developer of California Plaza, the commercial center where MOCA resides, didn’t want the museum to block the view of the surrounding towers,” writes Carolina Miranda at the Los Angeles Times. Isozaki then threatened to quit when one of MOCA’s board members demanded the above-ground elements could not materialize as barrel vaults or pyramids.

In the end, Isozaki got both his barrel vault and his pyramids. But Isozaki’s vision for the museum was never fully realized.

The glass pyramids, designed to filter light into the galleries below, were eventually cordoned off. The red walls, so stunning in their monumentality, were used like billboards, draped with banners for upcoming exhibitions.

Without the cohesiveness of Isozaki’s design intact, the structure’s distinctively postmodern half-cylinder became easily upstaged—more likely to serve as the backdrop for Instagrams of Nancy Rubins’s sculpture of airplane parts in the courtyard than as the subject of a photograph.

In the last few years, the museum has attempted to improve its relationship to Grand Avenue. A series of murals have brightened the sidewalk and create a more welcoming presence. Even the bike-share hub out front adds human-scale vibrancy to the block.

Now there’s a larger effort underway to make the complex truer to Isozaki’s original design, according to Klaus Biesenbach, the newly instated director of MOCA, who says that the museum has been “uncovering more and more of the original architectural ideas.”

“The architecture is truly congenial with its location on Bunker Hill and acts as a sunken pool with skylights all throughout the museum,” says Biesenbach. “We are currently doing a study that would allow us to open the skylights and the pyramids and once again let his vision of light back into the galleries.”

This would be a particularly appropriate decision as Bunker Hill puts the final touches on a redesign 50 years in the making.

Last month was the groundbreaking of Frank Gehry’s long-awaited residential towers which were intended, decades ago, to be the centerpiece of this redevelopment project. At the northern end of the street, the Music Center plaza, essentially untouched for five decades, will complete a major renovation by Rios Clementi Hale this year, with a design that better integrates with Grand Park across the street—creating one continuous public space all the way down to City Hall.

Now MOCA’s home of California Plaza is, ironically, the weakest link in Grand Avenue’s renaissance with a “sunken pool” of retail and dining stalls that are often vacant or open only to serve lunch to Downtown’s weekday workers.

But the plaza, already dotted with fountains and seating, could be easily redesigned as a pedestrian space that better integrates with MOCA, in particular thanks to the reopened Angels Flight, which deposits passengers at a delightfully anachronistic poppy orange station on the far edge—the last remaining artifact of Bunker Hill’s Victorian era.

Daylighting MOCA is a move that could be interpreted more symbolically—revisiting the building’s original designs serves as a fitting metaphor for MOCA returning to its roots after years of internal tumult—but it will also finally allow Isozaki’s stealthiest success to shine.