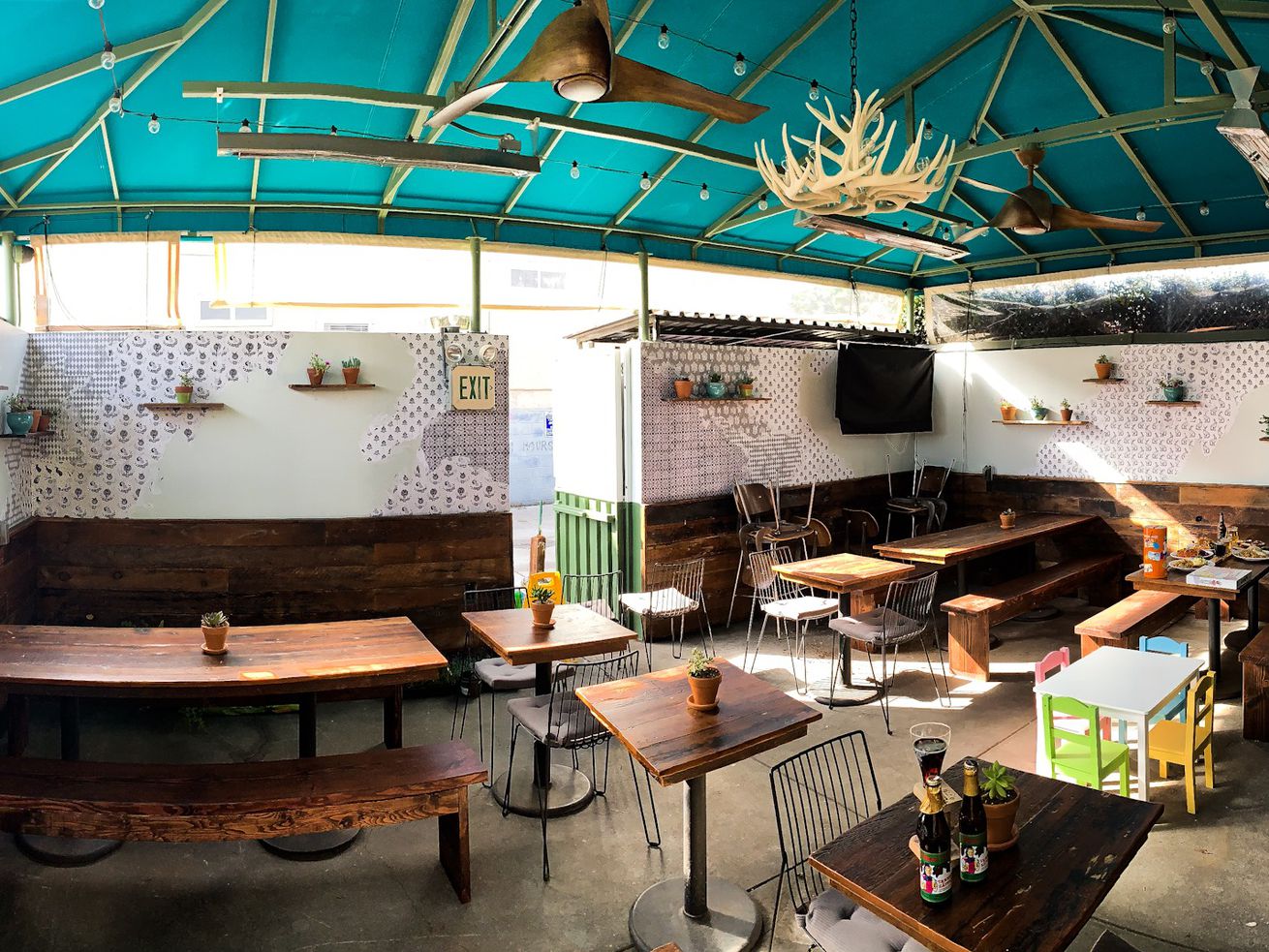 New beergarden and German-centric restaurant Rasselbock makes its Mar Vista debut on March 19. It’s the latest from the Wirsthaus team who opened the first Long Beach Rasselbock location in 2016, after opening sister-joint Wirsthaus on the border of Fairfax and Hancock Park in 2011.

Owners Bjoern Risse and Bülent Yildirim initially estimated an opening closer to mid-2019 for the Mar Vista outpost. Just like the Long Beach and La Brea locations, they converted an old space into a casual indoor/outdoor biergarten with communal tables, wines, cocktails, a mostly-European draft selection, and full menu. The Mar Vista spot also features a 13-seat bar as the center of the approximately 2,000-square foot restaurant.

The drinking menu maintains plenty of respectable brewers, with twelve beers on tap including an Austrian radler, a Belgian sour, a Dutch quadrupel, and a Weihenstephaner lager from a brewery that’s been operating since the year 1040.

With a location like this, residents near the bustle of Venice Boulevard and Centinela will favor a new walkable neighborhood option. It’s a block away from the Bowlero bowling alley, Mitsuwa Marketplace, Oaxacan favorite Quiadaiyn, and the newly-expanded accomplice bar, whose reopening was delayed due to an electric fire in the adjacent yoga studio. Initial opening hours will be Monday through Thursday from 5 p.m. until midnight, Friday and Saturday from 11 a.m. to 2 am, and Sundays 11 a.m. to midnight.