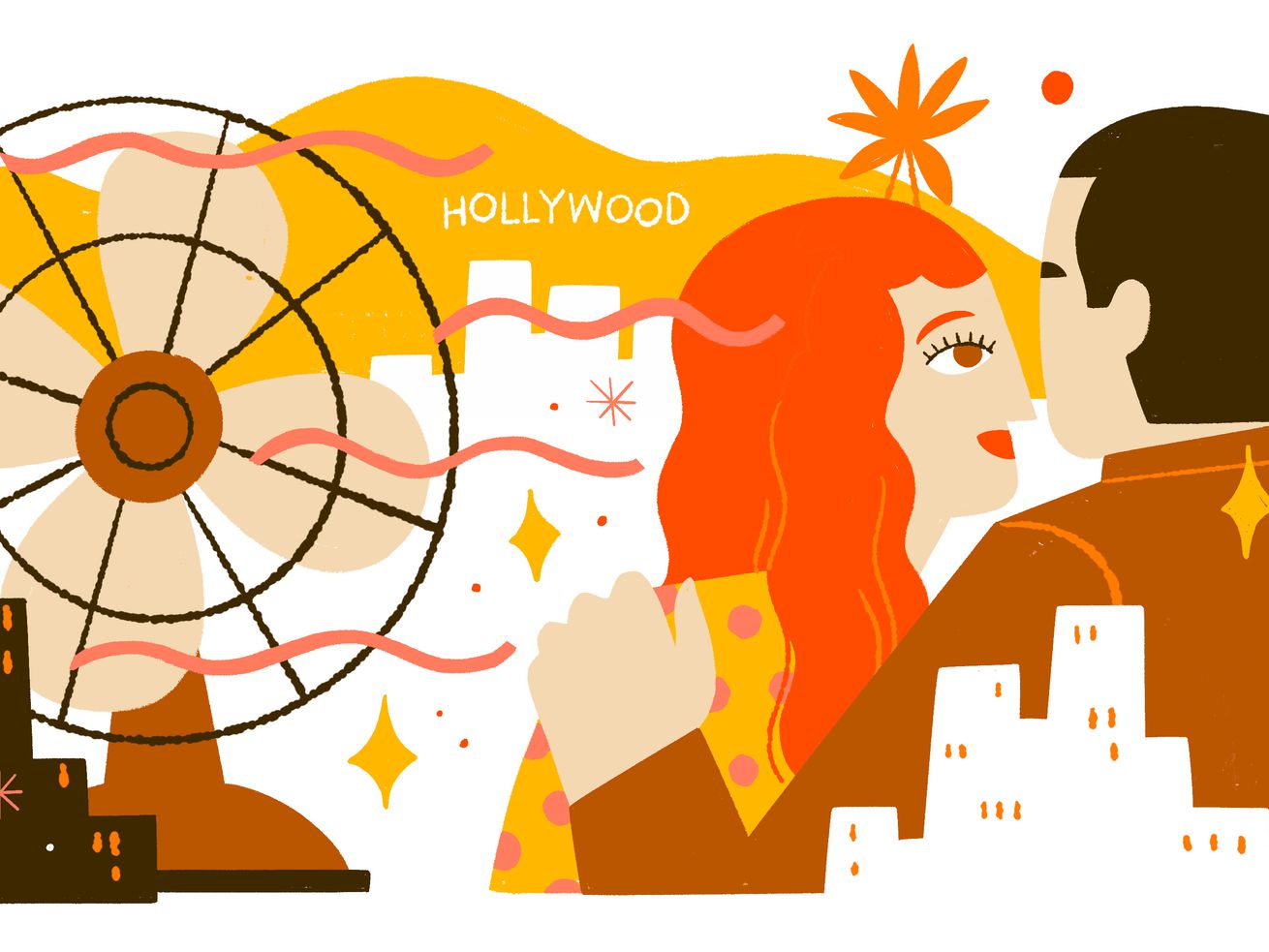 Finding the one during a neighborhood brownout

When it’s too unbearable to be outside, summer in Los Angeles can become the season for stowing away. Draw the blinds. Crank the A/C (if you’re lucky enough to have it). Otherwise, go to bed sweaty, wake up sweaty.

Until the power goes out. Then, Angelenos abandon their apartments. They spill out onto the streets. They take refuge in dark bars.

It would be more romantic—the moonlight, the candles, the spontaneity—if you weren’t thrust into survival mode and forced to make practical considerations like how to charge your phone and keep the food in your fridge from spoiling. Falling in love is not a priority when you’ve got a pint of Jeni’s ice cream turning to mush in the freezer.

But finding a soulmate during a blackout is what happened to Ray Neilson Muneton and Stephen Muneton.

They met 13 years ago in August, during one of those unrelenting LA heat waves.

“It was so hot,” says Neilson Muneton, who was working as a coder for a tech startup in Hollywood.

Well, they had actually met once before that, but she hadn’t remembered the encounter. He was a red-coated server at Musso and Frank Grill, a steakhouse, watering hole, and portal to Old Hollywood. She and a friend sat in his section and ordered wine, but no food. When she pulled a chocolate bar out of her purse, he just winked.

“I had just been on a game show—a love luck game show!” Neilson Muneton says, laughing. “He let us sit in his section, where we weren’t supposed to sit.”

Muneton was living in Studio City. To get to and from work, he would ride the 156 bus over the hill to Hollywood and Highland. But on the afternoon of the heat wave, he missed his bus back to the Valley. So he ducked into the Powerhouse, a cheap dive bar at the storied intersection. It had a jukebox, dart board, and a back alley where you could smoke cigarettes and weed (this was before vaping).

It also happened to be her favorite neighborhood bar.

That fated afternoon, Neilson Muneton had returned to her apartment on Santa Monica Boulevard after an out-of-town trip, to find the power, which fueled her in-wall A/C unit, had gone out. “I was wearing a sweater. It was so damn hot. I took it off, then I went to the lights,” she says, referencing the colorful neon marquees on the Walk of Fame.

She was confident the lights would still be on. July of that year was one of the hottest ever recorded in Southern California, with temperatures in Downtown cresting above 90 degrees for 17 days—the most in any July since 1877. While outages plagued her neighborhood that summer, the tourist center of Hollywood and Highland always seemed immune.

“When I first moved to Hollywood, I didn’t really understand the location of the Hollywood Walk of Fame, the stars, the lights,” she says. “When I discovered how close I was, I was up there every chance I could get.”

She was sitting at the bar. One of the regulars told Muneton not to approach her, because she was wild; he was undeterred. “What’s she drinking?” he asked.

She liked Jim Beam with Sprite and a splash of Coke. He put back a shot of Cazadores with a beer chaser.

“I think we probably started talking about the music,” she says. “I don’t know how it escalated so quickly.”

They walked back to her place, passed out, and when she awoke at 3 a.m. she thought: “I have a man in my bed!” She started to tell him how to get back to the Valley—take the 156—but he already knew the way.

The day she tells the story, Neilson Muneton is sitting under the shade of a loquat tree in the tiny gated yard that fronts the 1940s apartment building they now call home, in a different pocket of Hollywood, where brownouts are less frequent. The grass is growing for the first time in at least five years, because she sowed seed this rainy winter. It’s their oldest daughter’s eleventh birthday.

They were married nine years ago. The ceremony was set in their living room, a small gathering with their family. They took photos of in front of the most beautiful apartment building on the street, a garden complex shrouded by a fence draped in plumbago, before darting off to the Hollywood Roosevelt hotel, a block from the Powerhouse, to celebrate.

Muneton stopped working at Musso’s in 2014. He takes care of their two daughters now.

Last month, Neilson Muneton planted mint in the planter box outside their bedroom window after she spotted a poem from Metro’s arts program displayed on a bus interior.

A bed of mint

of the room where we sleep

Will render the morning air

It’s a nod to their many bus rides together, including the one he missed, the day the power went out—but sparks flew.