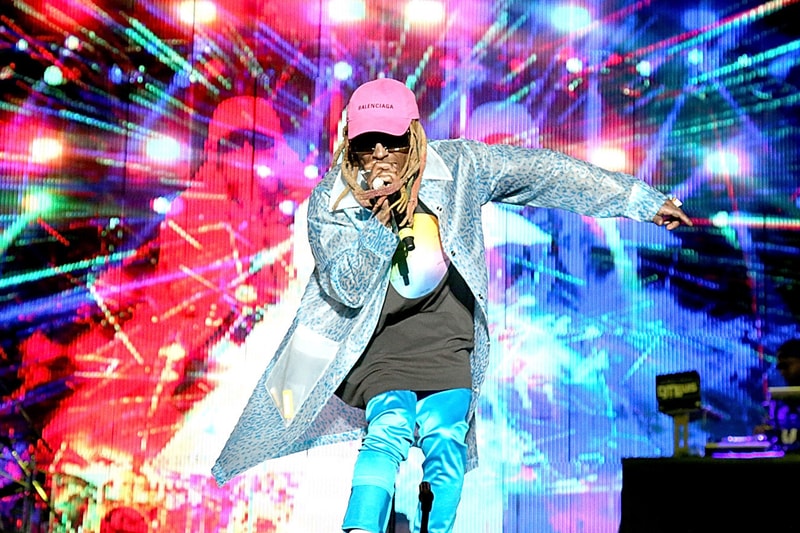 Lil Wayne canceled his set at Rolling Loud in Miami because of security issues. He released the following statement on Twitter.

“To all my fans who came to see me at Rolling Loud, I’m sorry but I won’t be performing. The Festival Police (Not Rolling Loud) made it mandatory that I had to be policed and checked to get on the stadium grounds. I do not and will not ever settle for being policed to do my job and give you guys a great show. I will be at Story tonight for the afterparty and you kan katch me on tour with my bros Blink 182 this summer!” he wrote on Twitter, less than two hours before he was scheduled to take the stage.

Rolling Loud shared Lil Wayne’s announcement on the festival’s official Twitter page. The rapper was set to headline one of the festival’s three stages, the Audiomack Stage, at 10:55 p.m. last night (May 11).

Earlier on Saturday, Rolling Loud co-founder Tariq Cherif issued a statement after false reports of an active shooter at the festival’s first night.

Cherif said: “Shortly after 11 p.m. on Friday night, there was a disturbance that led a large group of fans to believe there was an active shooter within the festival grounds. The commotion resulted in these fans running out of the venue, some of whom were injured and/or scared in the process. Security and public authorities immediately sprung into action, established it was a false alarm and there was not an active shooter in the festival, and diffused the situation. Safety is #1 at Rolling Loud. We have hundreds of police officers and security guards hired to protect our fans. While we are upset this situation occurred, we are proud of the swift reaction of law enforcement to verify the area was secure.”

and give you guys a great show. I will be at Story tonight for the afterparty and you kan katch me on tour with my bros Blink 182 this summer! ??