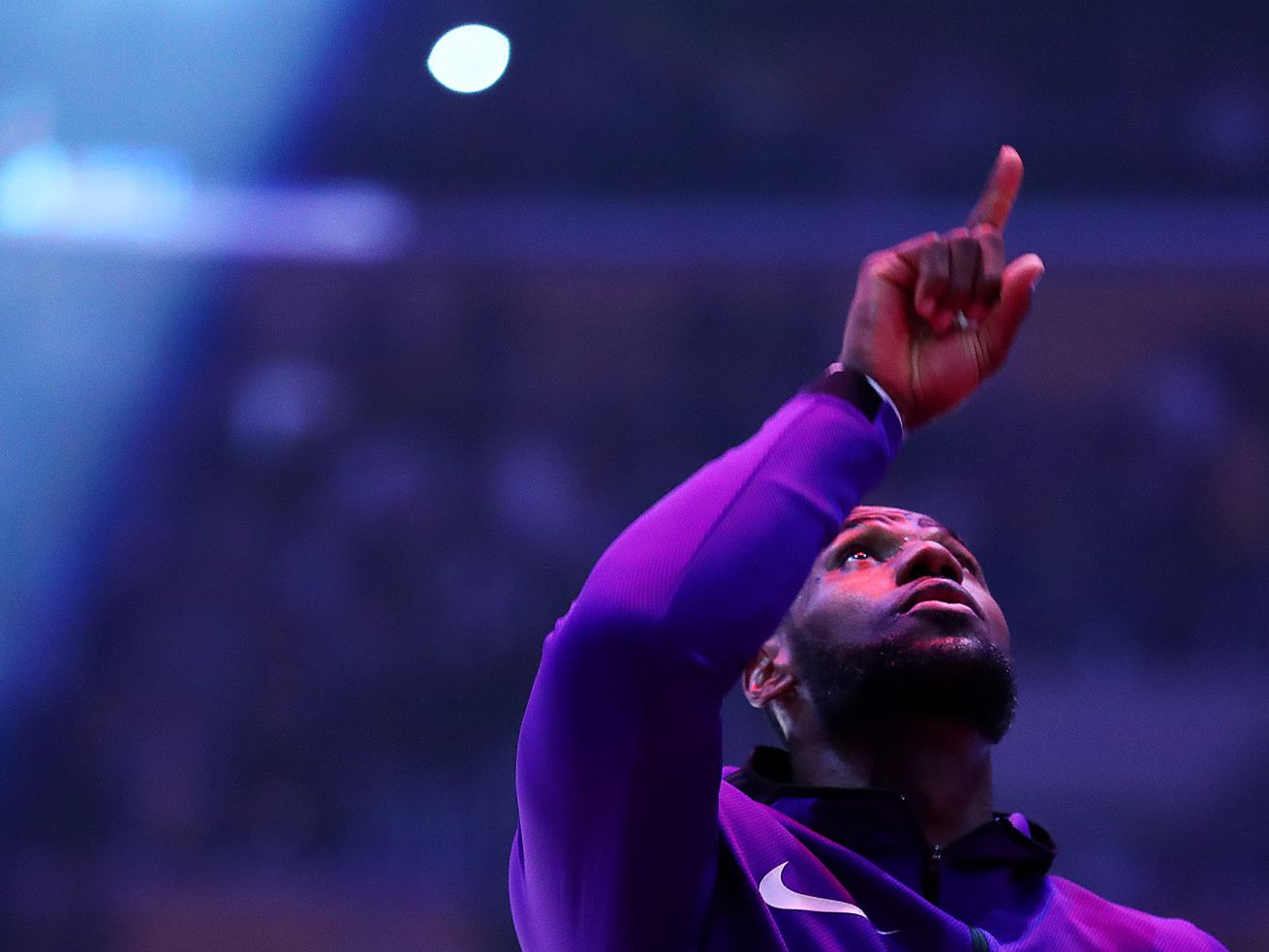 With the NBA Finals about to get into full swing, and the Los Angeles Lakers not even making the playoffs this year, plenty of local fans have instead been compiling second-hand info to try to figure out what sort of pieces the basketball organization could place around LeBron James next year. And apparently, the list of targeted players is almost as big as the bill must be at some of the city’s hottest restaurants and clubs, where various players have been meeting up with James over the past few weeks.

First up is this tantalizing (to Lakers fans at least) clip from ESPN and insider Brian Windhorst, who says that James has “already begun the recruiting process” with names like Jimmy Butler and Kawhi Leonard, but here’s the real kicker: Many of LeBron’s conversations have been happening out in public at clubs in West Hollywood and restaurants in Malibu. Per Jordan Schultz, also of ESPN, James has been spotted at the club Hyde with former teammate Kyrie Irving, and also at pricey Nobu in Malibu with players Russell Westbrook and Anthony Davis last week.

LeBron’s love for Nobu is certainly no secret, as he previously tweeted at former teammate Kevin Love about splitting a meal there (or at Wally’s, the wine bar and restaurant in Beverly Hills) following Love’s big new $120 million contract last year. James has also been known to dine out closer to home in Brentwood, where he was spotted just days before signing his own big new Laker contract last summer.

But with all this wining and dining, it’s clear what that means for the team as a whole. James Beard Foundation Award-winning basketball writer Baxter Holmes dropped a pretty damning story about dysfunction in the Lakers organization just today, so who knows how hard it may be for James to recruit top-tier talent to the city right now, Nobu dinners or not.