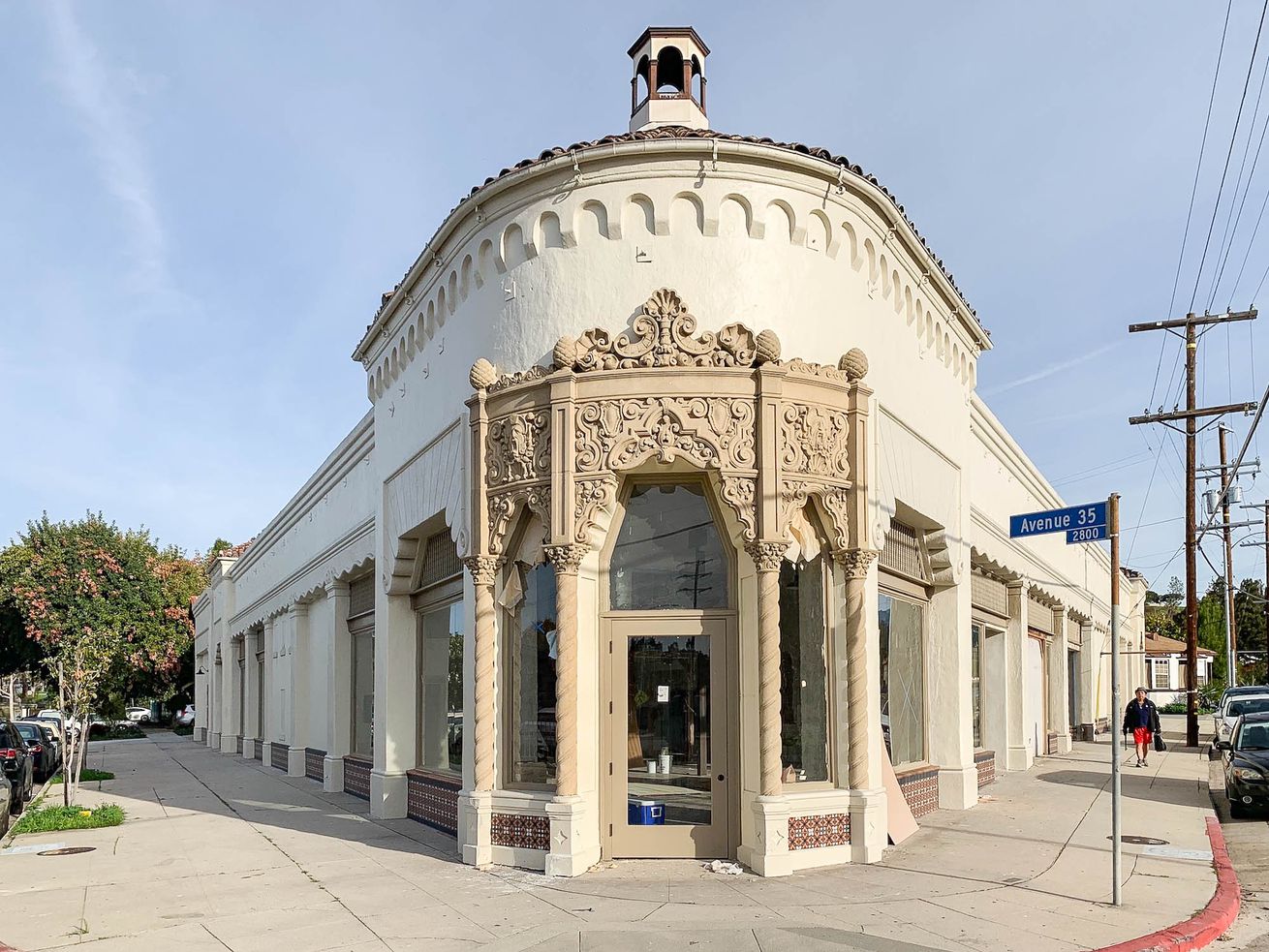 Things are heating up at one prominent Glassell Park property long connected to a number of restaurant and bar names. The corner Art Deco building at Eagle Rock Boulevard and Avenue 35 already has several confirmed tenants in place (and under construction), and now comes word on another: Bub and Grandma’s, the popular bakery that supplies some of the city’s best restaurants like 71Above, Chi Spacca, Konbi, Mozza, and beyond.

Andy Kadin, the current bread king of Los Angeles, tells Eater that he has taken over a lease for 2,800 square feet of cooking, pastry-making, sandwich-eating paradise inside the development, with plans to open in under a year. The shop will focus on sandwiches, which is an obsession that actually got Kadin into making bread in the first place, as well as breakfast items and salads starting in the mornings and running through lunch. There will be a few classic menu items, like a traditional BLT, along with more experimental modern vegetable-forward sandwich options. Diners can also expect egg sandwiches and coffee in the morning.

Current Bub and Grandma’s head baker Christoper Lier will also be transitioning to the restaurant space, running a new on-site pastry room being built specifically for him. Customers who frequent the long Bub and Grandma’s lines at the Hollywood Farmers Market will know Lier’s pastries already.

While the size of the project won’t allow Bub and Grandma’s to wholesale their pastry to other accounts, they will be selling croissants and other pastries directly to customers in Glassell Park. The overall place should look and feel sort of like a classic New York City sit-down sandwich spot, with room for 90 or so diners at a time inside.

As for the other tenants at the property, Eater has previously confirmed that Solarc Brewing and two owners of Bar Bandini have also taken space inside. Mh Zh, the busy Silver Lake modern Israeli restaurant, are also on board to operate a restaurant inside as well, but they have since backed away in favor of a different project. As of now, most tenants are hoping to be online by next spring or summer.