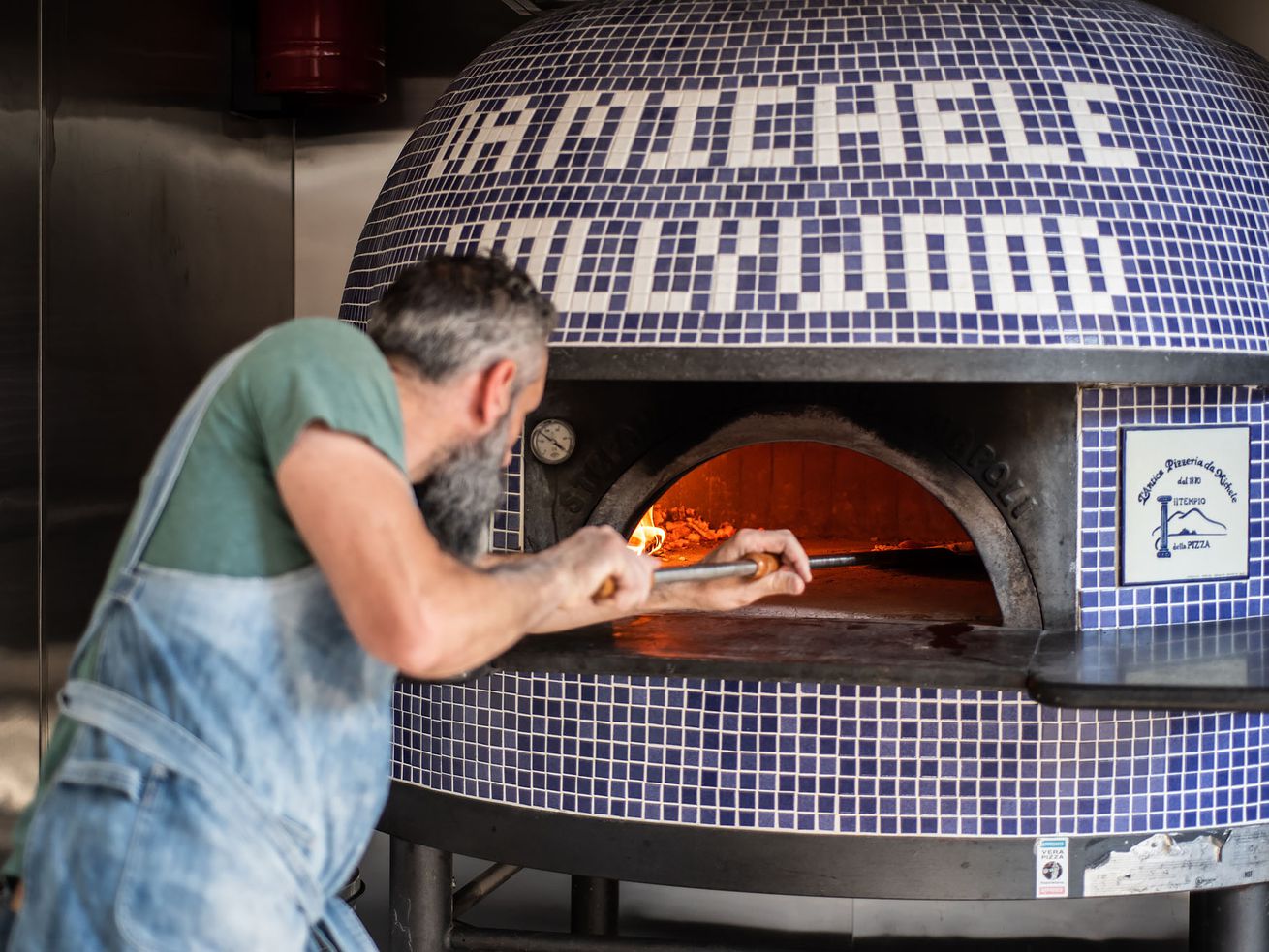 It looks like not everyone is impressed with Hollywood’s most talked-about new pizza spot, L’Antica Pizzeria da Michele. The Naples-born original, made famous in the book and subsequent film adaptation of Eat Pray Love, expanded in a franchise deal to a Hollywood side street back in May, but LA Times co-critic Bill Addison says this week that despite the name recognition (and the early crowds) it certainly isn’t worth going out of one’s way for.

Addison’s new lackluster review pulls precious few punches, calling the restaurant “a flop” right in the headline. And then there’s this:

Pizzas hit their mark passably, but there’s little else to recommend among the restaurant’s overreaching menu of appetizers, salads and pastas overseen by chef Antonio Giordano. It clangs through Italian and Italian-American clichés short on technique and pleasure.

Polpette were artless spheres of cooked ground beef without enough salt or spice to give them life. A friend squeezed wedge after wedge of lemon over pale, dull fried calamari in a futile effort to awaken some flavor.

Mostly Addison finds the non-pizza portion of the menu to be filled with “botched expressions” of Italian and Californian flavors, from the salads to the pastas on down. Regardless, the place still seems to be pulling in tons of customers to the former Cafes des Artists patio nightly, meaning something about the name recognition is working.

Meanwhile, the Times second review comes by way of Gustavo Arellano out of Orange County. With the usual co-critic Patricia Escárcega on maternity leave, the paper has promised to turn to other voices to fill the weekly void, and first up is Arellano talking about reemergent fast food outfit Naugles.

The story requires a boatload of context, and reads in part like a catch-up history lesson instead of a traditional review, but in sum: A generation ago, Naugles was a popular Mexican-American fast food chain across Southern California and beyond. The company was eventually bought outright by Del Taco, and its locations were either converted over or closed — that is, until Christian Ziebarth, a fan of the chain, petitioned to take ownership of the lapsed trademark, and won. Now there is a new permanent location in Fountain Valley, a second summertime-only outlet in Huntington Beach, and a third coming soon to Stanton.

So what does the nostalgic food actually look like nowadays?

Ziebarth worked with former employees and associates of founder Dick Naugles to try to replicate his recipes. Which means that Naugles serves 1970s-era Americanized Mexican food — mildly spiced one-note entrees insulated with cheese and served in gargantuan portions. The default tacos come in hard shells and don’t veer from ground beef or chicken; the “soft” ones are what we now call “tacos”: a tortilla stuffed with something. Calling them “soft tacos” nowadays is like italicizing “sushi” in a food review.

And here’s the kicker:

Naugles sneaks up on ya. On my last visit, I ordered a “combo cup”: a medium foam cup of ground beef, refried beans and cheese with a side of tortilla chips.

A thin film of grease topped the contents when I opened the lid on my commute to the L.A. Times office. The beef was salty; the beans, too soupy. I took three bites, using the sturdy chips as a spoon, and put aside the rest to throw away, figuring the meal was little better than empty calories.