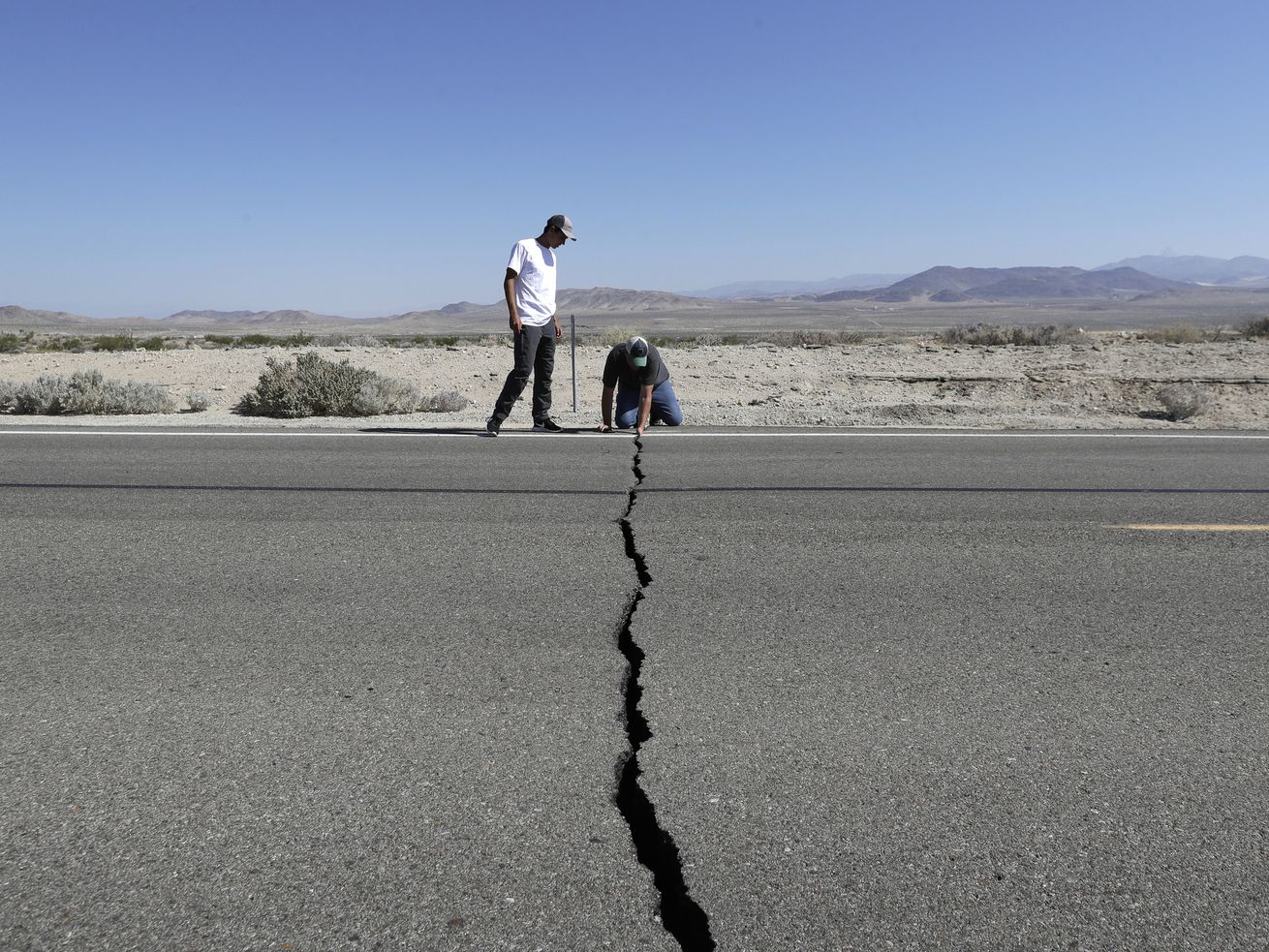 You wanted alerts, you got ’em

Users of the city’s early warning earthquake app were let down that two big July earthquakes near Ridgecrest in Kern County didn’t trigger alerts. The could soon be getting a lot more.

Mayor Eric Garcetti, along with scientists at CalTech and members of the U.S. Geological Survey, announced today that the ShakeAlert LA app will now send alerts when quakes of a 4.5 magnitude or greater register on the USGS’s regional sensor network. That’s a drop from the previous magnitude 5.0 threshold.

“Angelenos will get more alerts about earthquakes, and we’ll be better prepared when disaster strikes,” Mayor Eric Garcetti said at a press conference this morning at CalTech.

The app’s threshold for intensity, or the strength of the shaking, has also been lowered. Now, any seismic events that produce shaking intensity of 3—“the level at which some things might start to fall off a shelf”—or greater for people in LA County will trigger alerts, said Doug Given, earthquake early warning coordinator at USGS.

Garcetti said the changes, along with changes in the wording about the thresholds and what they mean, were implemented a few weeks ago and have been in testing since then. The adjustments have been at least a month in the making, but were just announced today.

The lowered thresholds will generate more alerts, mostly for events users can feel, but that aren’t necessarily damaging. That worries some of the scientists working on the app.

“Our fear is that they will become desensitized to those alerts and not act to protect themselves in those instances where they really do need to,” said Given. “We’re encouraging people to take the lower thresholds alerts as an opportunity to practice what they really ought to be doing: drop, cover, and hold on.”

But Garcetti said that the frequent alerts might help people become familiar with how the app’s alerts work. The sounds that the app will make when an earthquake occurs is still a work in progress, Garcetti said. But part of what’s in the works involves different types of alerts based on the severity of shaking that users should expect. Weak shaking alerts won’t sound like those for a major quake or use the same verbiage in the alert.

Critics have said that one of the app’s biggest weaknesses was that users don’t really know what to expect from it since its response to a quake has never been demonstrated publicly.

The system got its first, live, real-world test on July 4, Given says. The Shake Alert app didn’t go off, and that was by design, he said, backing up previous statements from the mayor’s office and the scientists working on the app in the days following the July quakes.

With the lower thresholds, it might not be long before app users get a glimpse at how the alert system works. Users will likely get five times more alerts than they would have before, estimated Thomas Heaton, professor at CalTech’s Seismological Laboratory. If the earthquake bar had been lowered earlier, the 7.1 magnitude July 5 earthquake would have triggered an alert.

Regardless of the complaints about how the app did—or did not work—for users, in the aftermath of the July earthquakes, it saw a big spike in popularity. Garcetti said the city’s app has been downloaded about 817,000 times—about 300,000 of those in the weeks since the July 4 and 5 earthquakes.