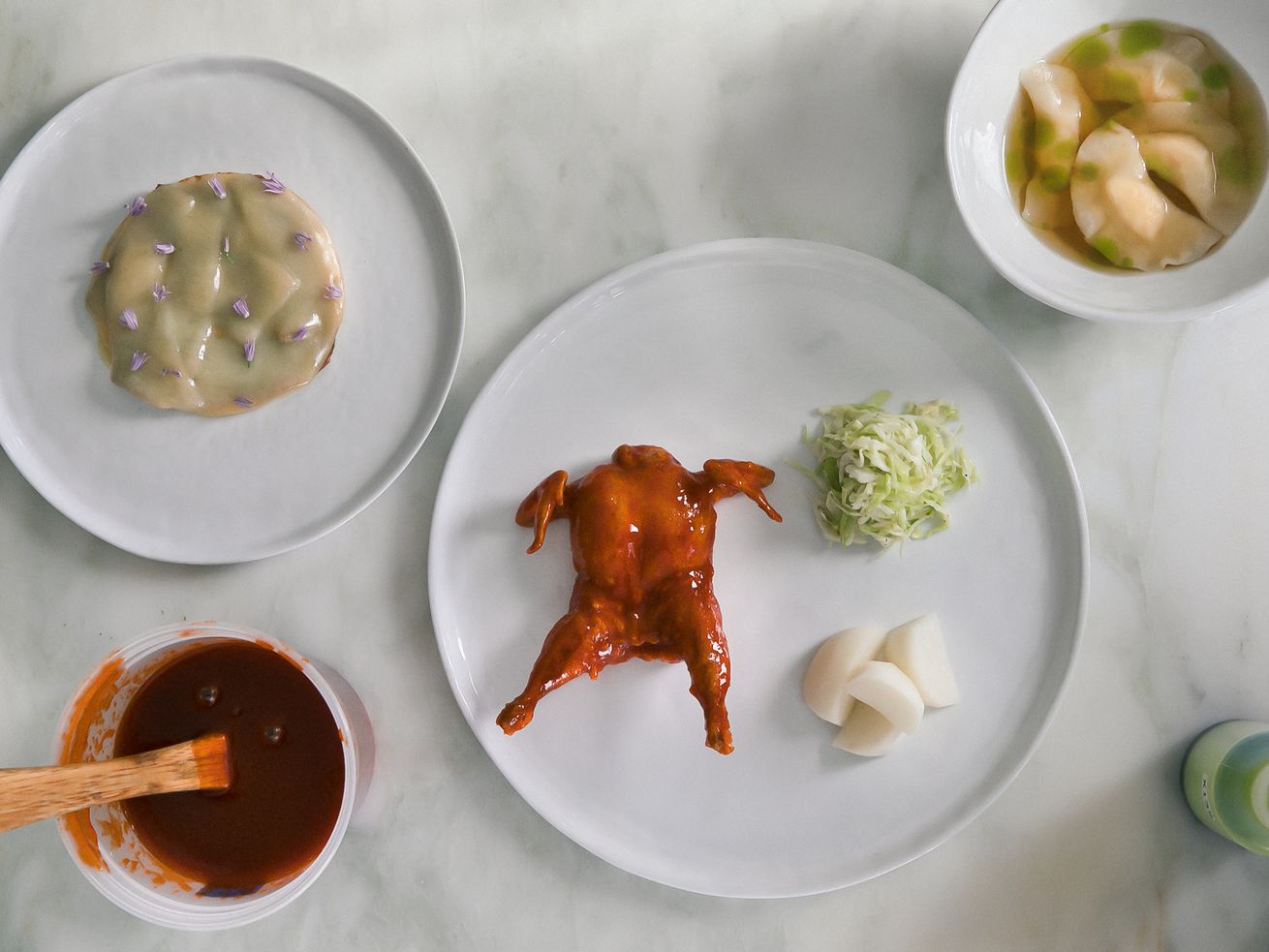 Dandi, a roving Korean-inspired pop-up from former Rustic Canyon chef Jihee Kim and Joshua Pressman, will occupy two evenings at Koreatown’s Hotel Normandie this coming weekend. Kim originally designed the menu at 6th & La Brea brewpub, though she previously worked together with Pressman at Rustic Canyon when the two affirmed their passion for Korean cuisine. Kim and Pressman first popped up at the Hotel Normandie this past July, and also did a stint at Echo Park’s Button Mash. They hope to continue their residency at Hotel Normandie with at least two weekends a month in the Koreatown boutique hotel until the end of the year.

At this latest location, Dandi will offer a $45 four-course menu and a full eight-course tasting menu. The four-course menu works similar to the one at Auburn, where diners get to choose their own adventure by picking which dishes they want to try. The price for the full eight-course affair is $100 per person, not including drinks and gratuity, and will feature some dishes that aren’t available on the standard four-course option. Diners can make reservations via Tock, though Dandi will accept a small number of walk-ins for those that can’t plan ahead.

The goal for Kim and Pressman is to eventually occupy a permanent restaurant space somewhere in LA serving Dandi’s now signature Korean fried quail and other composed plates. In addition to fine dining-style plating and seasonal ingredients, Kim and Pressman hope to assemble one of LA’s most ambitious Korean cuisine-inflected restaurants. Though cities like Chicago and New York City have offered fantastic modern Korean restaurants such as Parachute and Atomix, respectively, LA has not opened as many such restaurants. Baroo helped change the conversation when it first opened three years ago, while David Chang’s Majordomo puts a heavy Korean emphasis on his Chinatown menu.