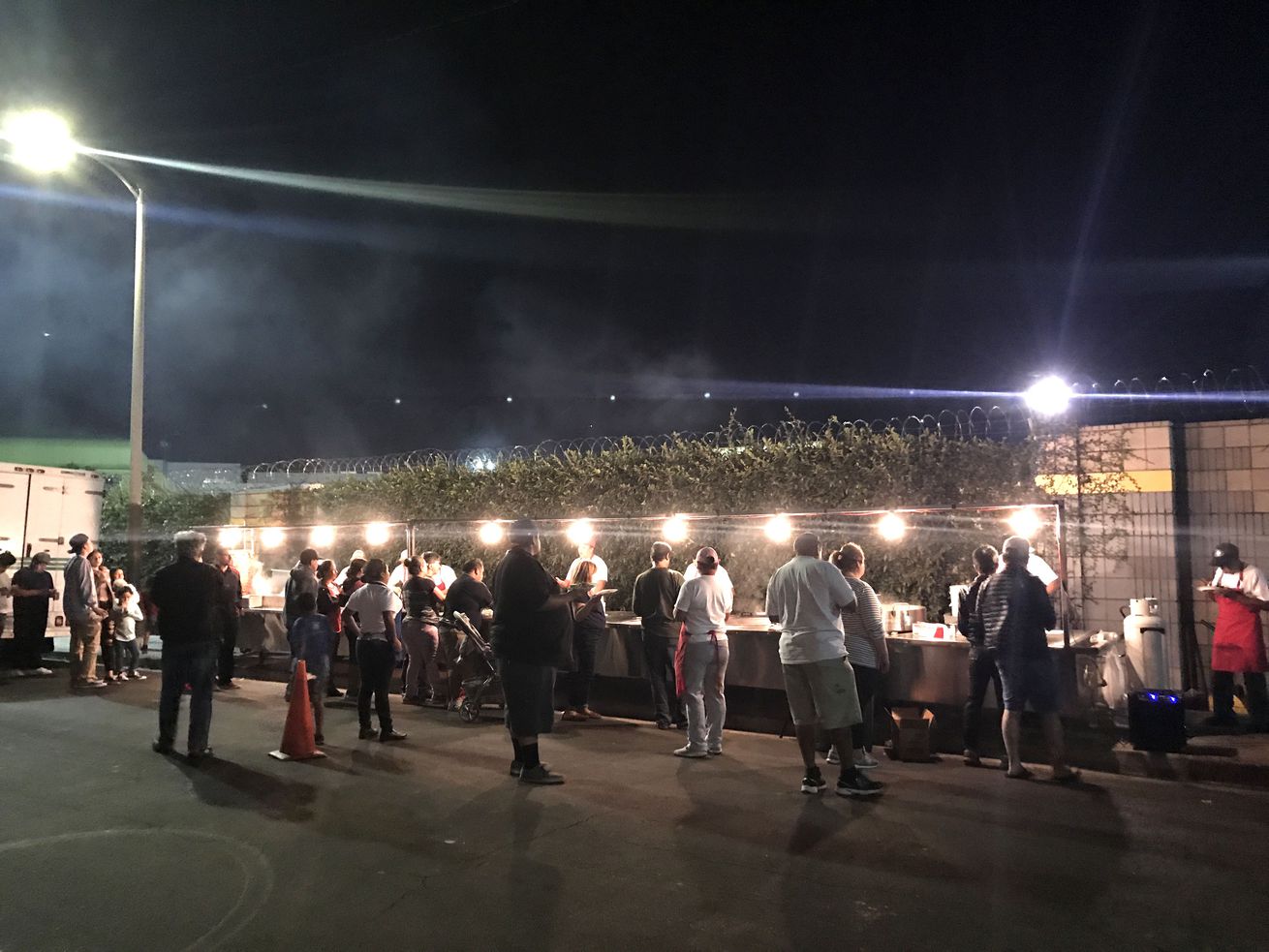 Plus, a refreshed Dog Haus, a Hitching Post II pop-up in Chinatown, and late-night eats at the Formosa

Just this morning, the Los Angeles Times reported three arrests related to the shooting of off-duty LAPD officer, Juan Diaz. The 24-year-old officer was killed on July 27 at the Ave 26 taco stand, when Diaz noticed someone tagging a wall and confronted the individual. Diaz and his group attempted to leave the taco stand, when a suspect fired into Diaz’s vehicle, killing him and wounding another. LAPD officials will make an announcement about the arrests today.

After a brief renovation, Pasadena’s Dog Haus biergarten reopens today. The chain opened its flagship Pasadena location eight years ago, and now serves hot dogs throughout the country. The company updated the interior, doubled the number of beers on tap, and tripled the number of seats at the bar. They’ve also upgraded the cocktail menu thanks to Bar Rescue’s Phil Wills. If heading to 93 E. Green Street on Saturday, staff will hand out free dogs on grilled King’s Hawaiian rolls.

Chinatown’s LA Wine will host a pop-up from Santa Maria-style barbecue specialist Hitching Post 2 on August 11. The Hitching Post’s barbecue had a key part of the film Sideways, and owner Frank Ostini will bring down his barbecue rig all the way from Buelton and plant it right on LA Wine’s outdoor patio. Of course there will be wines right from the Hitching Post as well. The event runs from 5 p.m. until the burgers, triple-fried french fries, grilled corn quesadillas, and grilled artichokes run out.

"If you are looking for an example of a standout restaurant whose entire concept revolves around fire, start with the Hitching Post II. This eatery is most famous as a key setting in the romantic wine-country comedy ‘Sideways’." Thank you @USATODAY and #LarryOlmsted #hp2 #hitchingpost2 #buellton

Is Winsome for sale?

Winsome’s Echo Park property is listed for sale on Loopnet. Eater reached out for comment, and owners Marc Rose and Med Abrous state that Winsome is not planning to close at the moment, and the Playa Vista location still intends to open in the fall.

Los Angeles Magazine wrote about the Japanese chain Menya Hanabi, and its recent arrival to Arcadia. Menya Hanabi serves a Taiwanese-style called mazesoba, where dry ramen is filled with soy sauce, dried seaweed, a raw or poached egg, and pork.