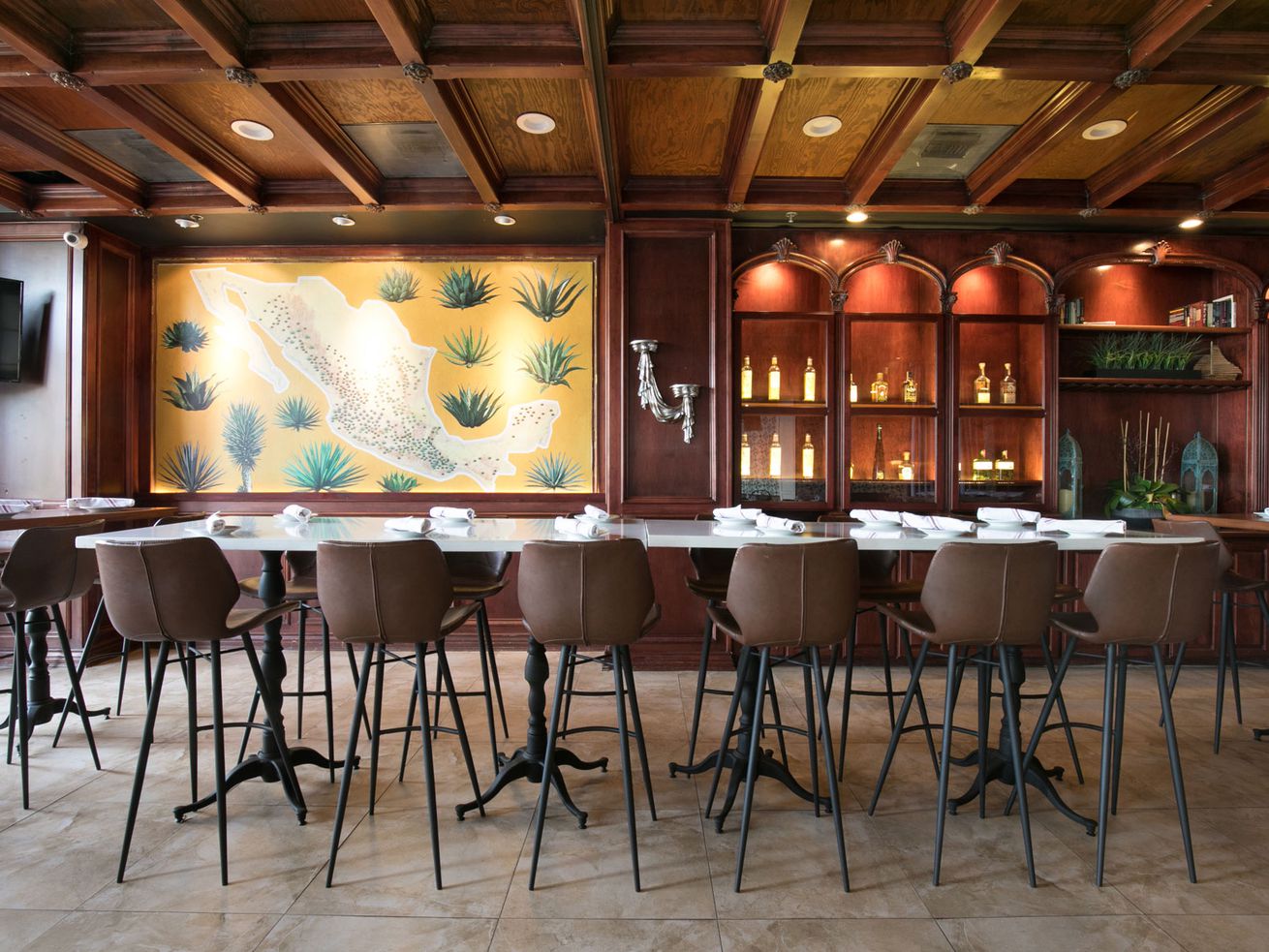 Plus plenty to love at the sake-fueled Tsubaki

Los Angeles is a city filled with fine Oaxacan food specialists, from the well-known Guelaguetza to recent LA Times critic’s pick Madre in Torrance. The latter is a large, colorful playpen for southern Mexican specialities and lots of mezcal, says Times critic Bill Addison, making it a worthy destination for anyone in the city.

Madre is the work of owner Ivan Vasquez, a Oaxaca native who years ago took over the (now former) El Nopal on Palms, slowly transferring it to a place for barbacoa, tlayudas, and smoky cocktails. And while the old El Nopal certainly has its neighborhood pegged, Addison says the newer, more expansive location in Torrance is where the real hits are hidden. He adds:

Vasquez and Marcelo Garcia, the chef, show their best side when they home in on Oaxacan classics. Start with the memelas, satisfying with their soft crunch and layered richness, and with the staggering tlayuda: The crackly corn tortilla, about the size of a vinyl record, shoulders cecina (which in Oaxacan cooking is grilled slices of chile-rubbed pork), tasajo (an even sheerer swath of grilled beef) and eyeball-shaped links of chorizo atop sliced vegetables and strands of Oaxacan quesillo.

The Times critic also loves the pecado de mole and the handmade corn tortillas (worth the $3 add-on charge), but recommends skipping dessert in favor of one last splash of mezcal from what is “arguably the largest selection in metro Los Angeles.”

Meanwhile, fellow Times critic Patricia Escárcega spent her weekly review at Tsubaki, the hit izakaya in Echo Park. Much like Madre, the focus here is as much on the drink as it is on the food, with sake curated by co-owner sommelier Courtney Kaplan that’s meant to complement the meat skewers and one seriously “primal” bone-in short rib.

Escárcega can’t seem to say enough about the sake (and the service that comes with it) from the tiny restaurant off Sunset Boulevard, adding:

For entry-level drinkers, the restaurant’s popular “sake school” flights, a rotating, seasonally oriented selection dispensed by one of the restaurant’s cheerful servers provides an intoxicating education.

But of course, it’s not all about the drinks, as co-owner/chef Charles Namba hits his own stride in a variety of ways, says the Times critic:

It’s also important to “make room on the table for yakitori” and the “ultra-crisp karaage” fried chicken, and of course that “everything you might hope for” short rib. And to finish? Just like at Madre, the answer is more alcohol.