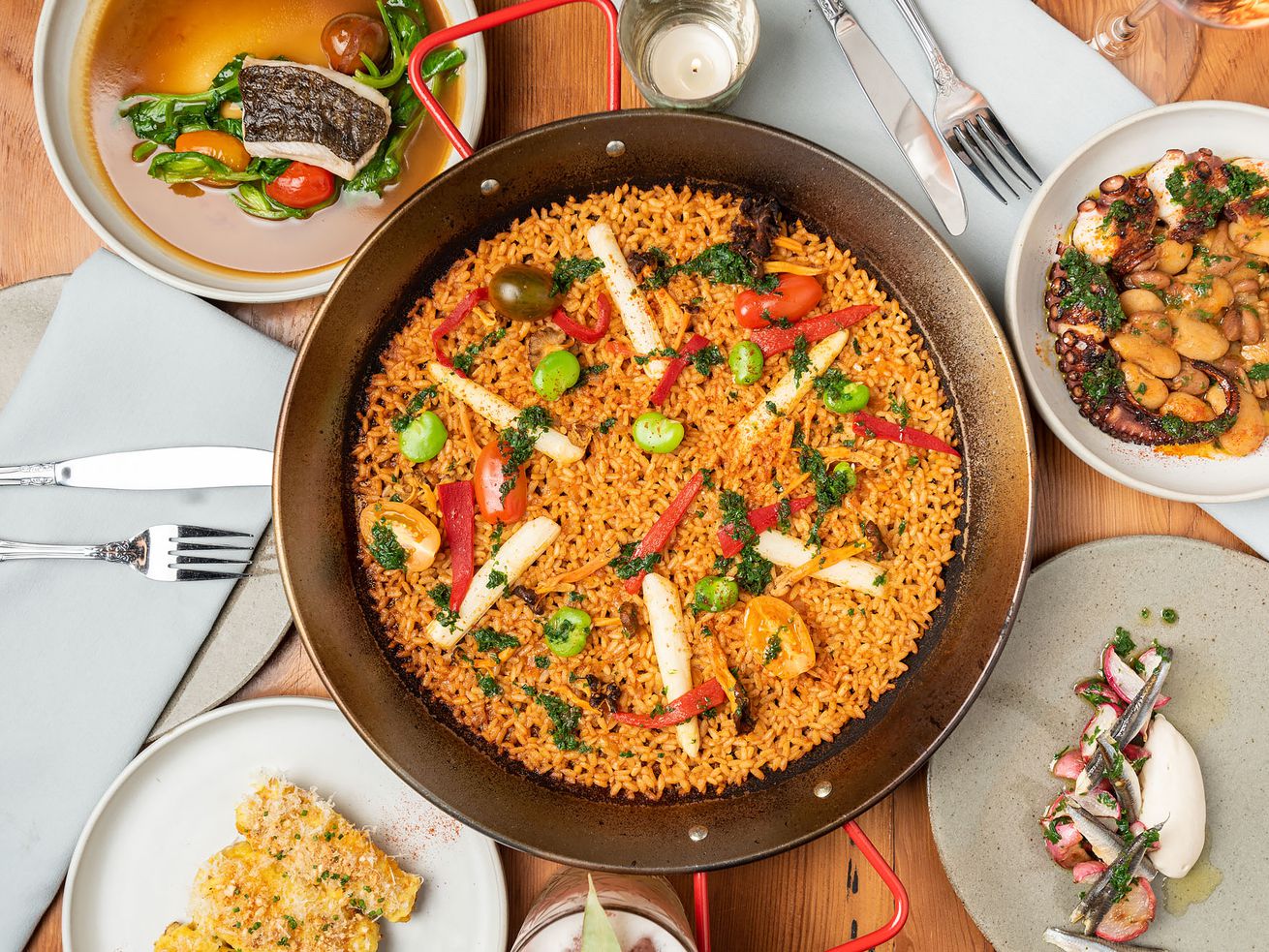 Plus all the pork perfection of Carnitas El Momo

LA Times food critic Patricia Escárcega found time to venture out from El Segundo to Highland Park to take on Otoño, the Spanish upstart from chef Teresa Montaño. In a city where fine Spanish fare can sometimes be hard to come by, Escárcega walks away mightily impressed, saying at the outset:

If you chose to start your meal with a gin and tonic — extravagantly garnished with farmers market botanicals like fresh avocado leaves, honeysuckle and chamomile — you chose wisely.

From there it’s a cascade of recommended dishes, including the shrimp gambas a la plancha; soldaditos de pavia (salt cod fritters); or the pan con tomate, which is “as crisp and exquisite as any you ever ate in Barcelona.”

Ultimately it all comes down to the fideuà, a dish which:

arrives in the oversize carbon-steel paella pan it is baked in, a sputtering and smoky midnight-colored cake of squid ink pasta bedecked with jewel-like scallops and glistening dollops of lemon cream… the scallops are sweet and buoyant, capped with fatty rounds of chorizo that dovetail beautifully against the bright lemon cream. The pasta, cooked in dashi, is soupy and salty and wonderful.

Of course there are also conservas and croquetas and other staple items on Montaño’s menu, including the occasional reintroduction of lamb meatballs from the chef’s days at Ración. They’re all fitting for the place in their own way, making it ultimately pretty darn hard for Escárcega to find any kind of fault with one of LA’s hottest new neighborhood openings, outside of service that can be a touch too fast at times. In short: Otoño is definitely worth the trip.

Meanwhile, co-critic Bill Addison made a stop in Boyle Heights for Carnitas El Momo, the much-heralded makers of all things perfectly porky. Addison calls the Acosta family’s carnitas the perhaps “purest flavor of pork” he’s found in a taco so far, adding:

The pig parts emerge caramelized and herbaceous and generously salted but not overly so… I split open a whole jalapeño with my thumb and squeeze its vinegary juices over the meat. That addition sets off pinwheels and sparklers, a light show of acid and sugar and richness.

Beyond the humble taco, Addison also revels in the cheesy mulita when his “hedonistic urges strike,” or even the occasional surprise “riff on carnitas made with salmon.” The other true standout is the El Momo’s weekend birria, which has become a staple at many popular trucks over the past year.

In all, Addison walks away with a smile thanks not only to the pork, but the “heartening scene” of a multi-generational family working together in Boyle Heights. It doesn’t hurt that the output of all that Acosta love is some “truly incredible” food.