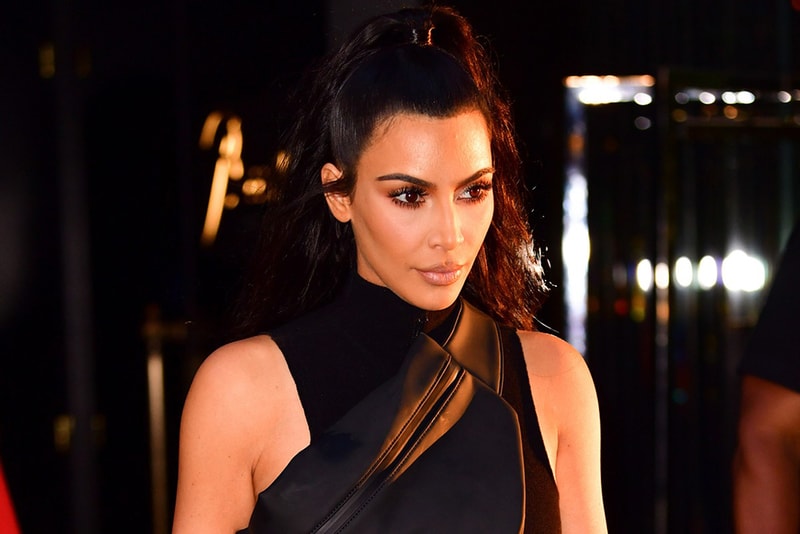 Kim Kardashian is forging full-steam ahead with her efforts toward criminal justice reform in the U.S. In May, HYPEBAE reported on news that she’d quietly helped free 17 inmates over the course of three months, and now the reality star has shared photos from her recent visit to a D.C. prison in conjunction with her upcoming documentary.

Kardashian will executive produce the film, titled Kim Kardashian: The Justice Project, which is set to air on Oxygen. According to the network, the documentary will showcase her "efforts to secure freedom for Americans who she believes have been wronged by the justice system.” The 38-year-old tweeted about the project on Saturday, stating: "I hope you will learn about the justice system the way I have."

We filmed a documentary I am working on that will be out on @oxygen and I hope you will learn about the justice system the way I have.

She also took to Twitter to share images of her recent visit to a D.C. jail along with Georgetown professor Dr. Marc Howard, who Kardashian explained teaches a class at the detention center. "I met so many amazing people that can’t wait to share their stories with you," she said.

Last week I was so moved by Dr. Marc Howard, a Georgetown professor who teaches a course inside of a DC prison where men & women can get Georgetown credits. I met so many amazing people that can’t wait to share their stories with you. pic.twitter.com/xxmnIPFy7j

Howard also posted a series of images on Twitter in support of the forthcoming documentary. "What an inspiring day spent with the extraordinary @KimKardashian…Let’s defeat mass incarceration and rediscover humanity," he said.

What an inspiring day spent with the extraordinary @KimKardashian. We talked about CJ reform in the morning, and then we experienced that change occurring at the DC Jail all afternoon. Let’s defeat mass incarceration and rediscover humanity. @DCCorrections @oxygen #cjreform pic.twitter.com/hcJ5ziI6SW

Kim Kardashian West: The Justice Project is expected to be two hours long, according to Oxygen, though no release date has been announced yet.