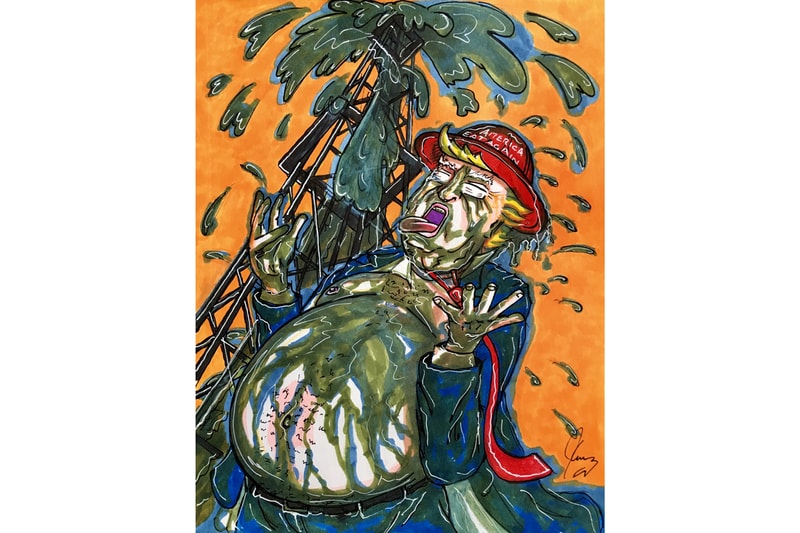 “We have the privilege of presenting Jim Carrey’s delicate collection of paper drawings depicting his outrage at the current political climate since the inauguration of the current president of the United States,” said Phoebe Greenberg, founder and director of Phi. “We are pleased to present these works that chronologically illustrate Carrey’s use of the Twitter platform as an effective dissemination tool.”

View select works above and visit the Phi Center’s website for further details. The exhibition is on view until September 1.

Elsewhere in art, Gagosian is honoring the Fletcher family’s surfing and skateboarding legacy with a major exhibition in New York City.