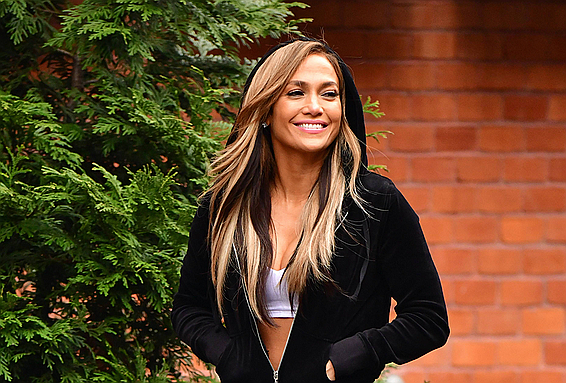 Couples who train together stay together, right? Hot on the heels of their “10-Day Diet,” our favorite fitness duo, J. Lo and Alex Rodriguez, are embarking on yet another workout experiment together: fasted cardio.

“Another beautiful day in New York City,” Rodriguez narrated his recent Instagram story, walking alongside his now fiancé. “About to go do a little fasted cardio,” he adds, explaining it means “cardio before breakfast,” a recommendation he says came from their trainer, Dodd.

The method of fasted cardio involves, you guessed it, doing a cardio exercise on an empty stomach in oder to burn more calories from fat. The concept is pretty simple: because you haven’t had anything to eat by the time you begin, your body is forced to use its reservoir of fat to fuel the workout instead of food.

As Women’s Health notes, studies have shown that this type of cardio can do a number on body fat—skipping breakfast before a run led a group of men to burn 20 percent more fat in a study conducted by the British Journal of Nutrition—but there are also a multitude of studies that prove the technique’s long-term results are unpredictable. Another potential caveat: Body-builders have long shunned the technique, as the exercise may also eventually burn the muscle they work so hard to build.

However, that’s not to say we shouldn’t try fasted cardio if you’re looking to burn some fat—just be sure to stay hydrated and listen to your body.