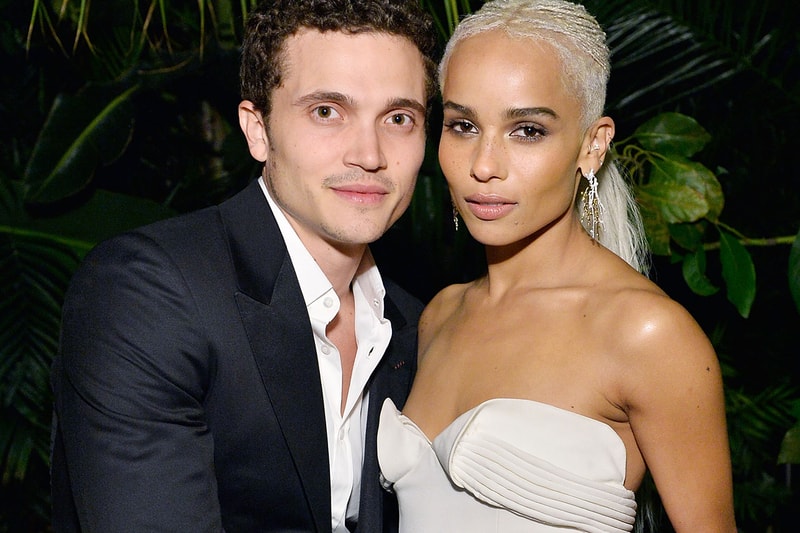 Zoë Kravitz and Karl Glusman are officially married. While various reports suggested that the couple secretly tied the knot back in May, they celebrated their nuptials with family and friends at an intimate ceremony in Paris on Saturday, according to Entertainment Tonight.

While details surrounding the actual wedding ceremony are sparse, the newlyweds and their famous celebrity friends — including Kravitz’s Big Little Lies co-stars Laura Dern, Reese Witherspoon and Shailene Woodley, Eddie Redmayne and his wife Hannah Bagshawe, as well as supermodel Cara Delevingne and actress Ashley Benson — were spotted arriving at Restaurant Lapérouse in Paris for a rehearsal dinner on Friday. Kravitz’s parents Lisa Bonet and Lenny Kravitz, as well as her stepfather Jason Momoa were also in attendance at the star-studded bash, of course.

People has obtained exclusive photos that offer a look inside the soirée. Kravitz, who is often praised for her impeccable sense of style, opted for a cool-girl bridal look by New York-based designer Danielle Frankel. Not your typical evening gown, the custom outfit is made up of a hand-crocheted pearl cocktail dress, a white, silk bra and a pair of matching biker shorts.

Kravitz and Glusman first met in 2016 via a mutual friend. In a recent interview with British Vogue, the 30-year-old actress recalled their first encounter:

“I love that it wasn’t on an app and that it wasn’t on a movie set. My friend knew that I wanted to meet someone – not even to get serious, I think just to get laid, to be completely honest with you – and he brought Karl. I instantly felt something – then he turned around and started talking to the blonde girl next to him and I was like, ‘Wait, what?’. But he later told me that he was just nervous.”

Speaking to Rolling Stone for her cover story in 2018, Kravitz shared that Glusman originally intended to pop the question in Paris, but plans changed when work prevented him from doing so. He ultimately proposed in the couple’s living room:

“I was in sweatpants. I think I was a little drunk… I could feel his heart beating so fast — I was like, ‘Baby, are you OK?’ I was actually worried about him!”

Congratulations to Kravitz and Glusman!