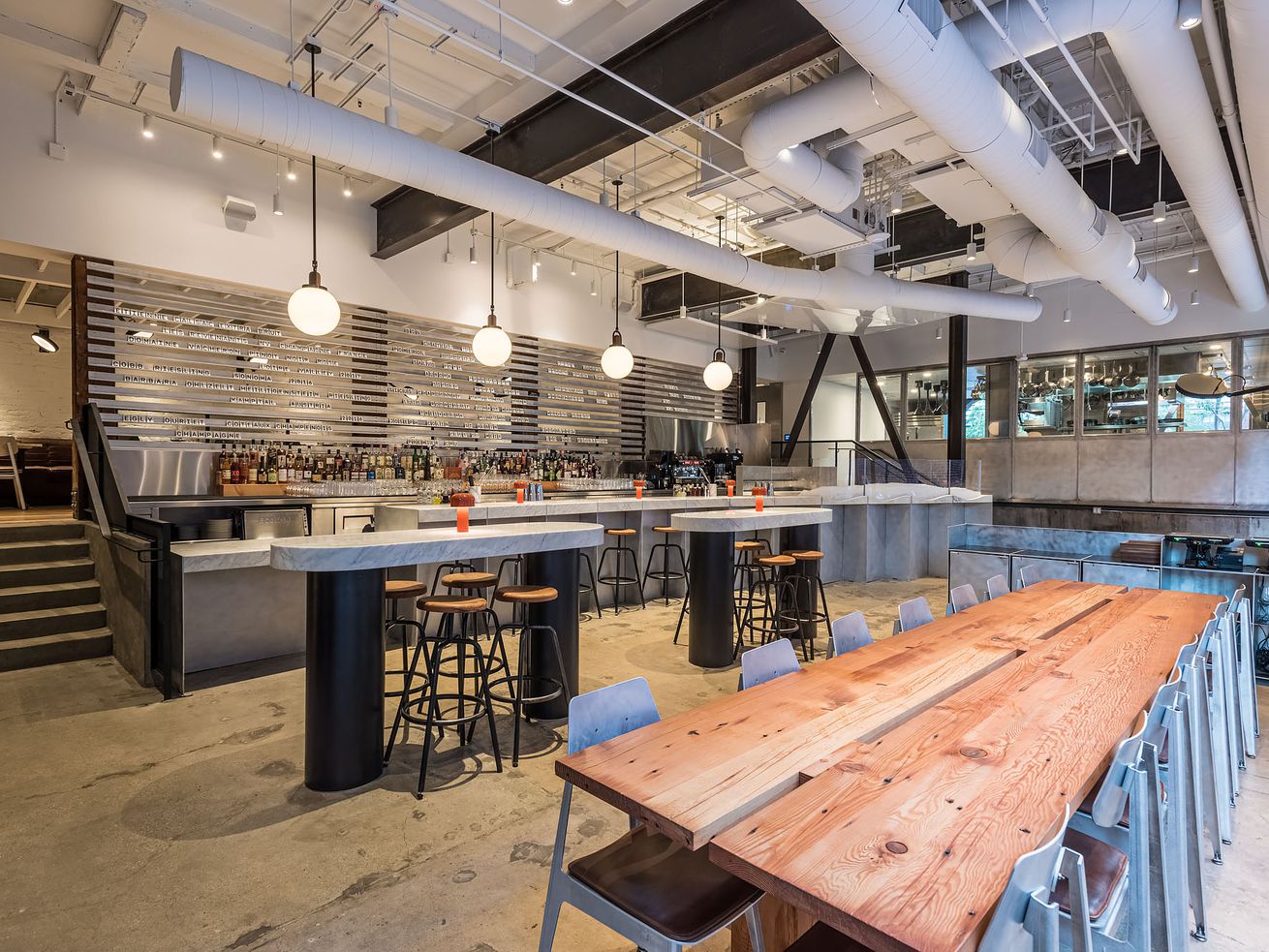 The good times keep rolling in the Arts District with the opening this week of Bon Temps on Santa Fe. The big, airy space features both pastry and savory-side stuff from restaurant industry veteran Lincoln Carson, and lands on what may be the busiest few blocks in all of Downtown.

Bon Temps takes over the former Petty Cash Taqueria space right around the corner from Bestia, and immediately next door to the recently-opened Firehouse restaurant and hotel. The split-level space was, before tacos, a rotating dinner club kind of spot known as Fifty-Seven, and it should share some some of those same energetic vibes.

The plan with Bon Temps is to activate the entire Klein Agency-designed building, which was formerly a Heinz ketchup warehouse. That includes a shaded brick laneway with seating for 40 diners at a clip, a 30-foot interior marble bar with longtime barman Mike Lay at the helm, banquettes galore, and dueling open kitchens — one for savory food, one for pastry only.

While mostly known for pastry by way of the Michael Mina Group and, locally, Superba, Carson is using Bon Temps to elevate his love of French cooking. The restaurant will open for dinner only initially, working a menu that winds from raw bar basics to salads, sweetbreads, roasted chicken, and larger format items like a 45-day dry-aged ribeye. Eventually Bon Temps will expand to lunch and breakfast to serve as one of the area’s most functional and casual all-day restaurants.

Bon Temps opens Friday, June 7 on Santa Fe Avenue in the Arts District. Expect dinner hours only to start, 5:30 p.m. to 10 p.m. weekdays (10:30 p.m. on Friday and Saturday; closed Tuesdays. Reservations can be made online.