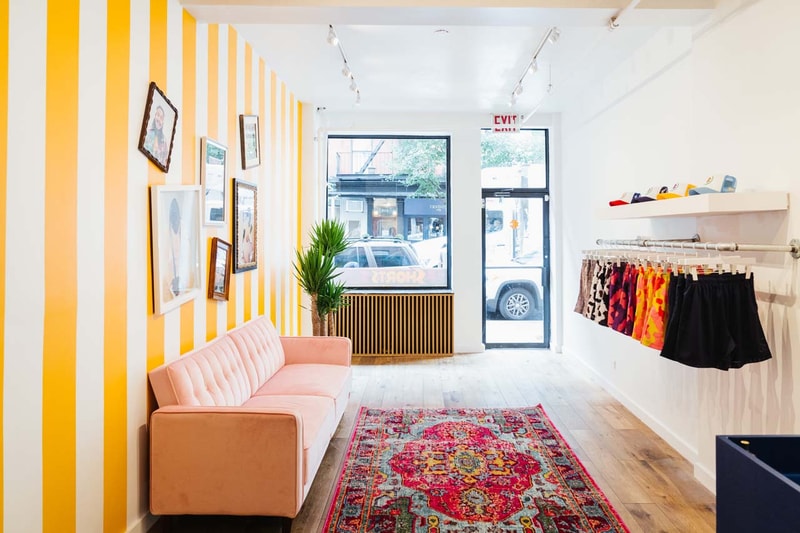 adidas collaborator and premium sportswear connoisseur Eric Emanuel launched his debut New York pop-up this weekend, granting fans an opportunity to get their hands on his coveted basketball shorts just in time for summer. Along with the colorful bottoms, Emanuel is dropping a selection of exclusives, including some never-before-seen collaborative sneakers.

Tucked inside a cozy, wood floor facade, the pop-up store has thus far sold out each day that it’s been open, with a limited number of Emanuel’s Basic Short available each time the store opens. Along with those summertime staples, Emanuel introduces a selection of special New Era hats and bespoke footwear. Along with a low-top iteration of Emanuel’s adidas Rivalry Hi, the designer has also introduced a unique Allen Iverson signature shoe executed in seasonal yellow and metallic silver, completed with dangling Emanuel chains.

Emanuel’s pop-up will remain in New York for several weeks, with more limited items and one-offs set to arrive each Friday.

Elsewhere in New York, BEYOND THE STREETS opened its latest showcase of iconic graffiti artists.

Tomorrow, in store only. Only place in the ? to get them; ever. ✨ 11AM (very very small quantity sorry folks ?)