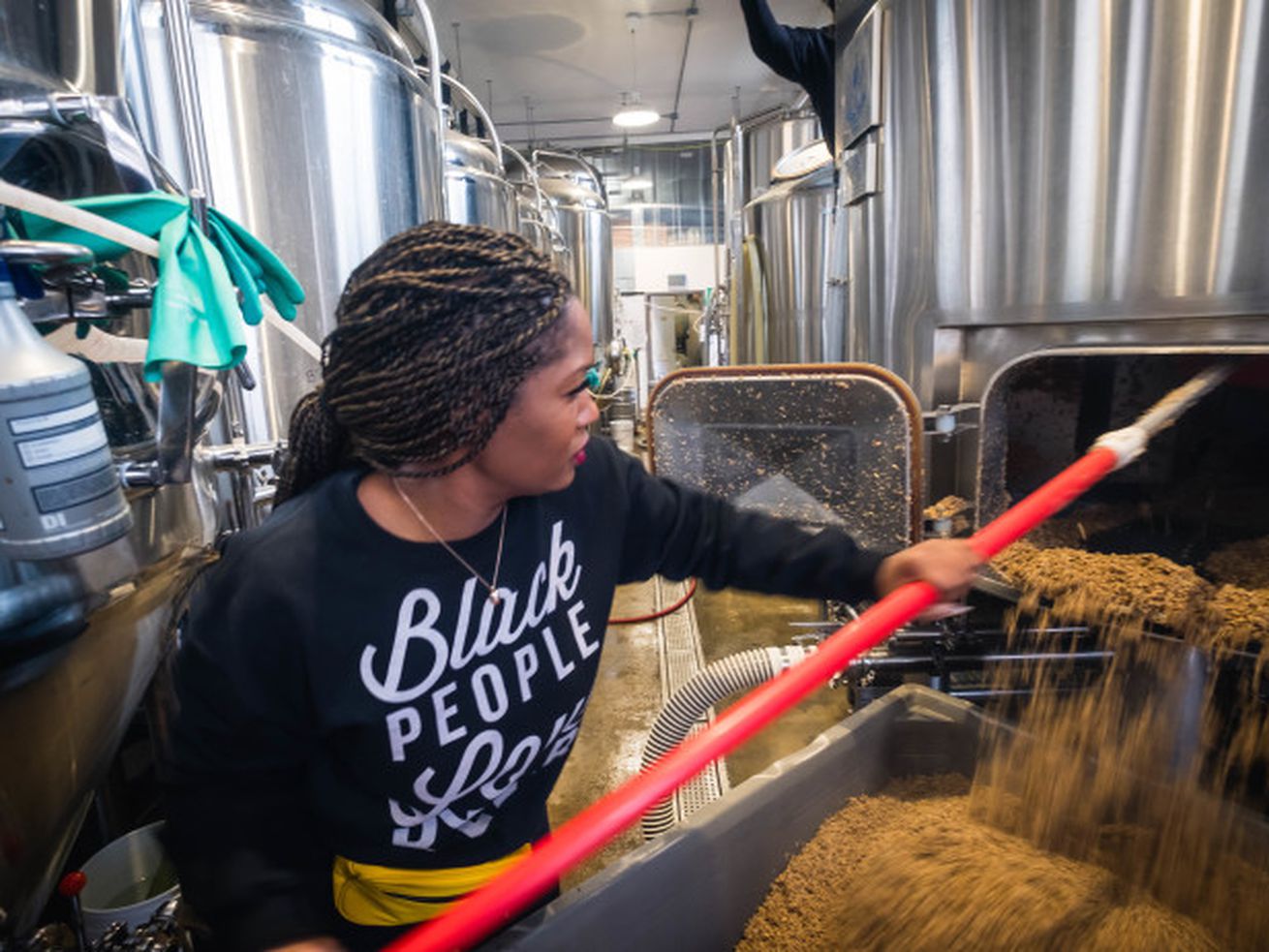 There’s been a recent rash of sightings with the hashtags #BlackPeopleLoveBeer and #BrownPeopleLoveBeer emblazoned on t-shirts throughout LA. That’s because there’s a movement to bring a black-owned brick and mortar brewery to Inglewood called Crowns & Hops. The owners launched an Indiegogo campaign on last Wednesday to raise $75,000 by April 5. If all goes well, the brewery will start pouring in Downtown Inglewood by 2020.

If the campaign proves successful, Crowns & Hops will be Inglewood’s second brewery after Three Weavers Brewing, which brews around the corner from the original Randy’s Donuts. Crowns & Hops could take on another distinction, as Inglewood’s first black-owned brewery.

What followed was a name change and partnership with a Scottish craft brewing company, BrewDog. Hunter and Ashburn won BrewDog’s $200,000 development fund last year, which will culminate in the release of Crowns & Hops pilsner, IPA, and stout. The new beers will be available at tasting rooms throughout California, U.S. cities, Scotland, and the UK by mid-2019.

The duo hope to stay as close to Downtown Inglewood as possible, and will utilize a 7,000 square foot space. The brewery will include a restaurant and brewpub where the production process is showcased with tanks and fermentation pools on full display. A headmaster brewer will oversee the production process. They’re planning every people of color-centric detail down to the music choices, art, staffing, and will emphasize internships and education to produce more brewers of color.

The Indiegogo campaign is the first round of fundraising, and Hunter and Ashburn are eyeing investors who share their vision. Towards the end of the month, the two will begin a national and global crawl to further connect with the craft beer community, and seek out other brewers of color. That includes heading to Scotland where 400 Scots will sample Crowns & Hops’s first batch.

“When going to a brewery five years ago, we were the only people of color 90 percent of the time,” says Ashbur. “We both came from a marketing and creative background. We love the craft brewery industry. We wanted to create the same kind of energy and find others in the community that are fans and stewards of craft beer.”