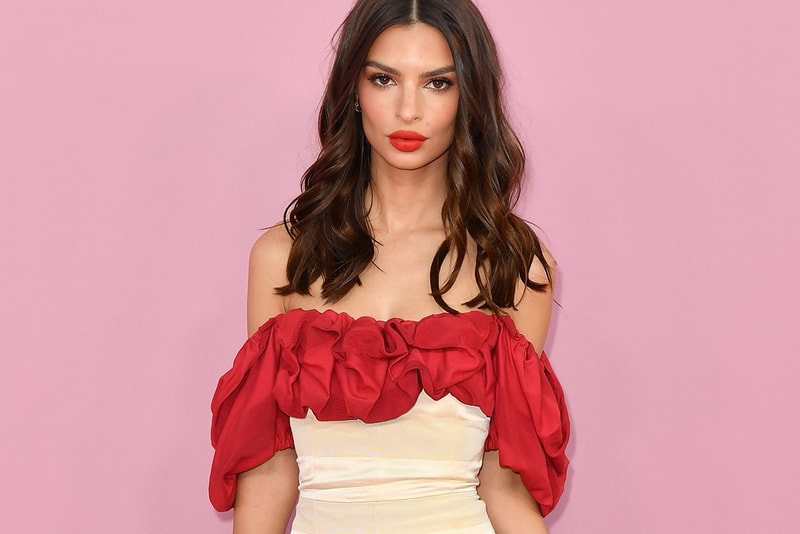 Ever since garnering media attention in 2013, Emily Ratajkowski has continued to ascend as one of the world’s most influential models. In addition to appearing on the covers of numerous glossies and occasionally on the fashion runway, as well as serving as brand ambassadors for Kérastase, DKNY and denim label DL1961, the 28-year-old has also successfully broken into the movie industry with 2014’s Gone Girl and most recently starred in the crime drama film, Lying and Stealing.

With the launch of her own swimwear and fashion line Inamorata Woman in 2017, Emily even added entrepreneur to her already impressive portfolio — which probably makes some of her fans wonder, just how much does EmRata make exactly?

According to Celebrity Net Worth, Emily Ratajkowski currently boasts an estimated net worth of $6 million USD. Even so, there are no signs of her slowing down anytime soon. Earlier this week, the multi-talented business woman has unveiled the latest releases from her Inamorata brand, featuring elevated closet staples from tank tops to curve-hugging skirts in gorgeous colors handpicked by Emily herself. Not only did she front the campaign lensed by photographer Leeor Wild, she’s also revealed on Instagram Stories that she did her own makeup and hair for the photoshoot — talk about doing it all.

Check out some of the campaign images below. Priced between $34 USD and $58 USD, the new pieces from Inamorata can now be purchased online.

While you are here, take a look at the five wardrobe staples that make up EmRata’s off-duty style.

I picked these colors for you from @pantone, picked the lab dips and found the dream stretch rib. All of these pieces are made in the US. They are the staples you desperately need but somehow can’t find anywhere. I’m so excited to introduce our new BODY collection for @inamoratawoman shot by @leeorwild ❤️ online now!

Getting dressed made easy. Look hot, be chic. Wear at home, out on the town, day and night. Online now.

Elevated staples you’ve been looking for. Shop our new collection.