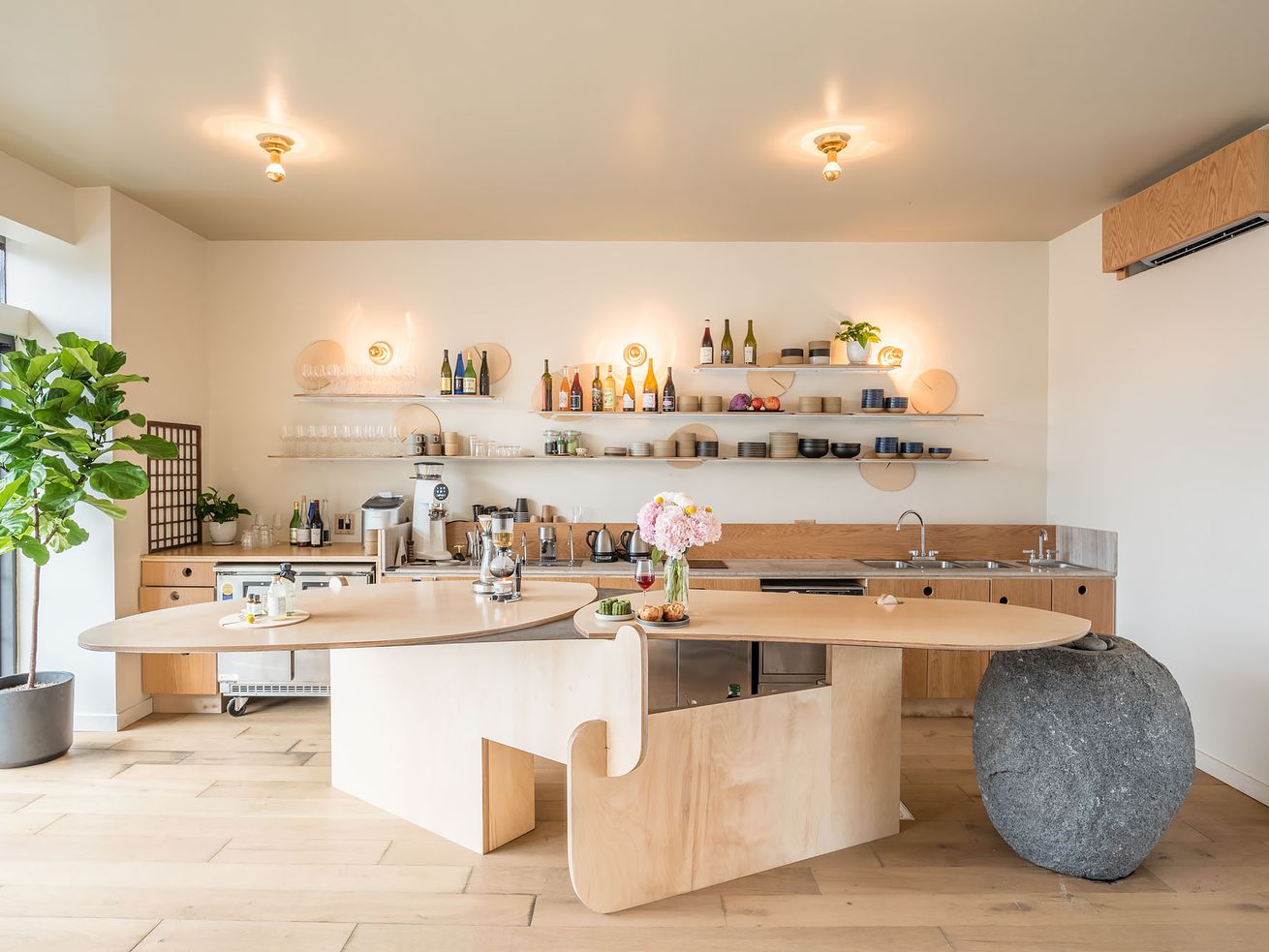 One of the most promising new Hollywood restaurants to come along in a while, Kensho, is now without its opening culinary lead. Chef Joseph Geiskopf has decamped from the hillside project on the grounds of the fabled Yamashiro property, and is also leaving his dual post at Triniti in Echo Park as well, effective immediately.

Geiskopf made a big local name for himself with the opening of Triniti in late 2017. The cafe restaurant ostensibly operated as a place for coffee, tea, and pastries, but with a couple of induction burners and a lot of produce in the back, Geiskopf managed to pull together an innovative neo-Nordic menu that expanded on his time working as a sous chef under Jordan Kahn at places like Red Medicine and Culver City’s Destroyer. The restaurant gained a fair bit of positive attention in the media, and has been rumored to be getting a heavy look from the Michelin Guide folks as well.

Then, just two weeks ago, Geiskopf and then-partner David Wynn opened their second act together, the stunning new all-day restaurant Kensho in Hollywood. Now the collaboration seems to be very much over, with Geiskopf taking to Instagram to announce his departure:

Friends. I have stepped away from my role as Executive Chef of Triniti and Kensho. Despite the image that was put forth, they ultimately never were mine at all in the form of ownership of any degree. I am very grateful that I had the opportunity to individually cook for the communities close to me and make some amazing, deep connections with other like-minded creatives. With that being said, I do however need to find a better opportunity to create within a healthier space, and in a sense I think we all do. A proper kitchen that will be supported and paid a living wage. Often times as Chefs, our visions aren’t supported, our words and connections are spoken for us, and even though we are offered an outlet to feed our friends and guests, it needs to fit the same vision and values that we carry ourselves. I look forward to cooking for everyone very soon. Yes please and thank you. JG

As shown above, the notice hints at some trouble on the business side of things, with Geiskopf saying he needs “a proper kitchen that will be supported and paid a living wage.” Reached for comment, co-owner David Wynn had the following to say regarding Geiskopf’s departure:

The Triniti and Kensho team are proud of the culinary program chef Joseph was able to develop, with their very limited kitchens, dining rooms, and resources. We’re sad to see chef Joseph depart, but fully support his decision to pursue a more formal kitchen and restaurant suited for his skill and ambitions.

There’s no word yet on what Geiskopf is plotting next, or who will take over at Triniti and Kensho in Hollywood. Wynn did add that the menus for both restaurants will be “evolving.”