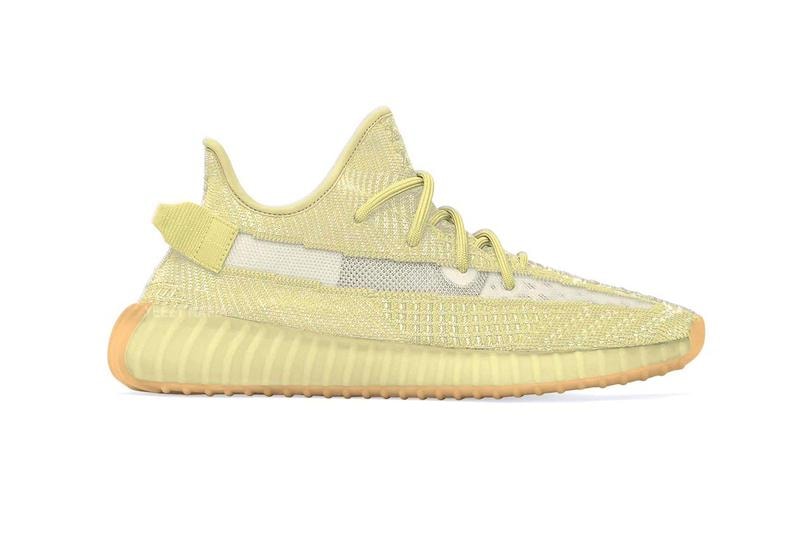 Images of a new YEEZY BOOST 350 V2 colorway have surfaced online. Industry insiders took to Instagram to debut the "Antlia" colorway which is a soft yellow/green hue. The low-top sneaker maintains its translucent upper and gum outsole. YEEZY fans can expect the signature SPLY-350 banner, Primeknit upper and BOOST midsole.

According to Yeezy Mafia adidas‘ "Antlia" drop will be a "special release" suggesting limited quantities will be produced. Take a closer look above and stay tuned for more information.