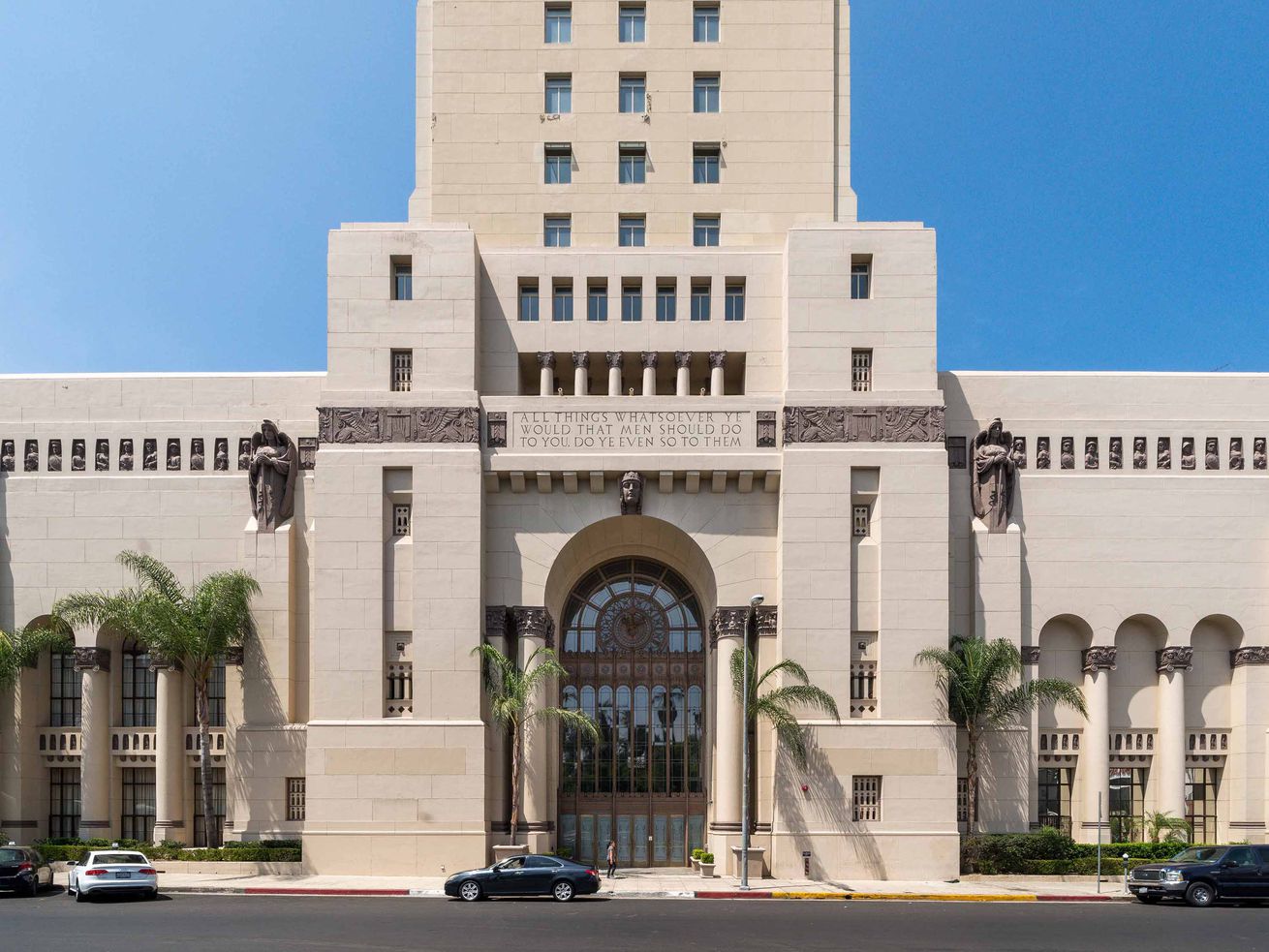 Along the northern edge of MacArthur Park, an 11-story private events venue dotted with elaborate friezes, sculptural angels, and Greek and Assyrian imagery, is as hard to miss as it is mysterious.

But as soon as next year, part of this Westlake building—now called The MacArthur, but formerly known as the Park Plaza Hotel—will be open to the public. The city landmark is expected to unveil a new performing arts component, the first stage in a grand and long-anticipated renovation.

Much of the MacArthur’s lower five floors will be transformed into a multi-floor, immersive theater experience by the London-based theater company Punchdrunk—producers of New York City’s Sleep No More, an adaptation of Macbeth that plays out across multiple floors and 100 rooms of a Manhattan warehouse complex.

If Sleep No More is any indication, this new Punchdrunk production in the MacArthur would likely have staying power. Sleep No More premiered in New York in 2011 and in 2016, WNYC reported it was still selling out shows. “It may be the longest-running Shakespeare adaptation ever,” the radio station said. The show is selling tickets still through January 2020.

Opening part of the space up to this theater group allows more people to experience the building, says David Abasta, a representative for The MacArthur’s owner, DCGG Park Plaza. If all goes as planned, the theater is expected to open in 2020.

DCGG is linked to Downtown Properties, which owns a handful of historic LA properties, including the the Historic Core’s Bradbury Building. Downtown Properties is, in turn, connected to Gaw Capital Partners, a multi-national private equity firm founded by Goodwin Gaw that owns hundreds of properties around the globe. The MacArthur is listed in Gaw Capital’s online portfolio.

The addition of the theater to the building is the first phase of a longer-term plan for the one-time hotel building that includes renovating and reopening its existing hotel rooms, says Abasta.

LA-based architecture firm Omgivning, which is designing the project, says bars, restaurants, ground-floor retail, historic renovations of the ballrooms, and a rooftop bar and lounge are also part of the plan.

The entire project is expected to take about five years, says Omgivning’s director of hospitality projects Morgan Sykes Jaybush, who is also the project manager on The MacArthur.

The phased build-out is in part because the building needs extensive and expensive seismic retrofitting. The MacArthur is a non-ductile concrete building, meaning it has been determined to be especially vulnerable to collapse in a major earthquake and requires reinforcing to be compliant with city safety rules.

That work is complicated by the need to preserve the building’s historic elements. The reinforcing structures need to be inserted so that those arched ceilings and paneled rooms aren’t destroyed or diminished in the process.

The seismic costs alone are more than $20 million and aren’t yet complete, says Abasta.

Like the Roosevelt, the MacArthur has elegant origins. It was built by architects Alexander Curlett and Claud Beelman in a style that combines classic Art Deco with unique touches like sculptural figures dressed in military uniforms, “Assyrian friezes,” and protective angels at the corners and atop pillars, according to the Los Angeles Conservancy.

The MacArthur was originally designed for the Benevolent and Protective Order of Elks, a fraternal organization that, judging from the building, was very wealthy and powerful.

The Elks “temple” held 169 hotel rooms for members to use, plus a gym, a swimming pool, and a bowling alley. Interiors teem with plentiful and elaborate wood paneling, painted murals by artist Anthony Heinsbergen, arched ceilings, intricate chandeliers, and gorgeous ballrooms with beamed ceilings.

The Elks sold the building in the 1960s, when its ranks were shrinking, the Conservancy says. After that it became the Park Plaza Hotel, a YMCA, and a punk venue famous for being the site of a violent 1979 police raid.

The Westlake neighborhood changed around the building, going from one that was once populated by upper-class families and their mansions to a working-class neighborhood that has managed to thwart gentrification for the most part.

Worries of how a new, high-end theater production—tickets for the New York version start at $135 a pop—will affect the surrounding community are bound to come up. DCGG is planning to work with the theater to negotiate ways to make sure locals are included in the revival of the building, including the possibility of discounted ticket days, local hire provisions, and apprenticeships.