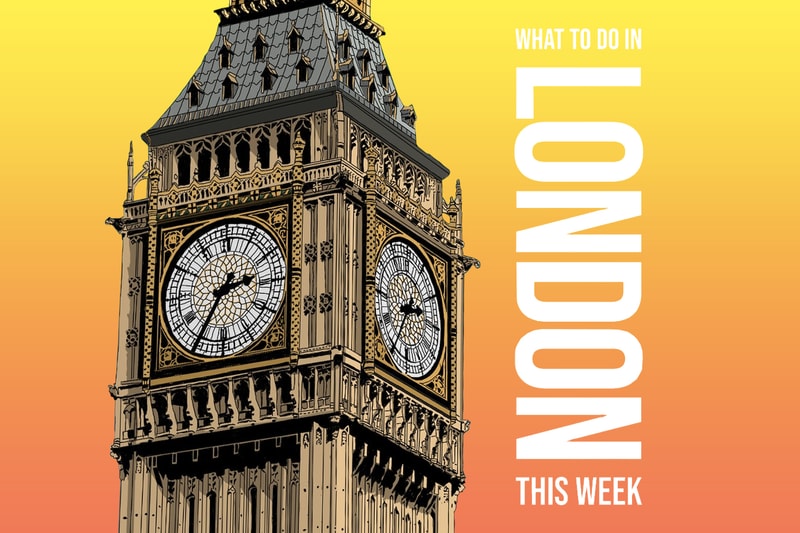 At a loose end for happenings in the London and the UK for the next bank holiday weekend and beyond? HYPEBEAST has plenty of options for you. There’s more than enough happening, with J Dilla tribute nights, Cy Twombly exhibitions and some sample sales mixed in.

There’s also more than enough restaurants and exhibitions to visit while you’re in the city. So without further ado, here’s a list of happenings on the weekend of May 3 and beyond. J Dilla remains one of hip-hop’s most celebrated producers and there’s been no shortage of nights held in his honor. The latest one is in Manchester and will focus on playing both his songs as well as the plethora of songs he produced. Where: The Roundhouse, London
When: May 7

Loyle Carner takes his tour to London next week, after starting in Edinburgh in the week prior. Expect him to continue playing hits from his Not Waving, But Drowning album. Where: Jazz Cafe, London
When: May 9

DJ Premier is landing in Jazz Cafe next week and it’s bound to be one for those who appreciate the ’90s. Premier has produced more classics than we have space to count, so expect a selection of those hits to appear during this night. BAO continues its London takeover, this time opening a branch in Borough. There’s karoake, a hatch for takeaway bao and plethora of new conoctions, including chicken nugget, aubergine, beef meatball with fried egg and Borough curry, panko goat and frankfurter. Flamboree’s new Old Street venue focuses in creating Tarte Flambée, which comes from the Eastern France region of Alsace. The pizza-like dish comes in a variety of toppings including the likes of Ma’Classique, Beware the Taliwang, The Royal Levantine and The Great Veganer. Where: The Waterside Inn, Ferry Road, Bray, Berkshire, SL6 2AT

One of the UK’s most celebrated restaurants, The Waterside Inn is one of the only michelin-starred restaurants outside of London. It’d be an ideal choice if you’re looking for a staycation this bank holiday weekend. Annely Juda Fine Art is showcasing the works of Sir Anthony Caro, looking through his career from the 1950s to his final pieces in 2013. Through the exhibition you can witness the evolution of Caro’s sculpture, which was shaped by several key points in his life, such as when his visit to New York led to him using steel. Only the second gallery at London’s Bastian gallery, Cy Twombly’s Natural History show is split into two spaces, Natural History I and Natural History II. The first Twombly exhibition to take place since 2015, the show will look at the relationship between natural and human history and the desire to “classify, label and categorise the unknown.”

Esther Teichmann: ‘On Sleeping and Drowning‘ London-based artist Esther Teichmann is launching a new solo exhibition, this time taking place at Kingsland Road’s Flowers Gallery. On Sleeping and Drowning works across photography and moving image installations, looking at the “relationships between loss, desire and the imaginary.” Matthew Miller is relocating his studio and launching a sample sale to get rid of the goods. Expect menswear, womenswear and accessories, all at discounted prices. If you’re in need of a new bag, Herschel Supply has you covered. The brand’s sample sale has backpacks, headwear, small accessories and apparel — ideal if you’re looking for a bank holiday bargain.