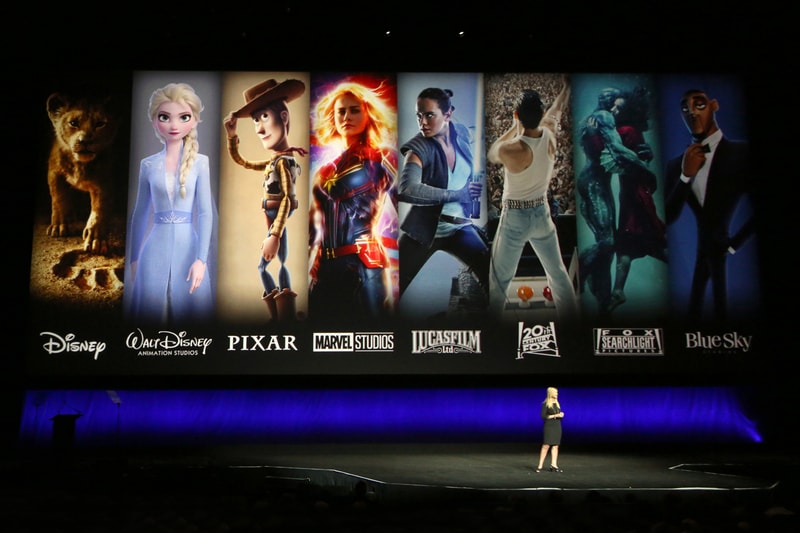 The 2019 Disney Investor Day unveiled more important information about its upcoming streaming service Disney+, including a first look at the interface courtesy of CEO Bob Iger.

During a presentation, the company announced that Disney+ is set for a global launch on November 12, 2019. The ad-free service is tagged at a monthly price of $6.99 USD or an annual price of $69.99 USD. Hulu and additional Disney services will be bundled at a discounted rate in the future.

Offering a wide variety of visuals, Disney+ will hold 400 movies and 7,500 TV episodes. The company will finally unlock its prized Disney Vault to stream all of their classic animated films such as The Lion King, Little Mermaid and Snow White to name a few. Modern animated titles like Moana and Frozen will also be added alongside the in-progress live-action remakes. Additionally, all Pixar films, digital shorts and upcoming shows are planned for inclusion within its first year.

Superhero fans can expect the entire Marvel Cinematic Universe on the streaming platform with Captain Marvel, Iron Man, Iron Man 3 and Thor: The Dark World to be available during the November debut. The highly-anticipated Avengers: Endgame is expected to follow suit later in the year. On top of the big screen titles, Marvel Studios is currently in the process of creating four original series for the subscription service. So far, Kevin Feige has announced the untitled Hawkeye and Loki miniseries, Scarlet Witch and Vision’s WandaVision and Falcon and Winter Soldier. Actors from the cinematic counterparts have been confirmed to reprise their roles.

The Star Wars universe is another well-awaited addition to the service. While Solo is the only exception from the catalog, December’s The Last Jedi, Jon Favreau’s The Mandalorian series and a Rogue One spin-off show with Diego Luna and Alan Tudyk will make its way on Disney+.

With Disney’s recent inquisition of Fox, material such as the first 30 seasons of The Simpsons and 250 hours of National Geographic content will officially call Disney+ their home base.

If you haven’t already, cast your vote in our MCU March Madness bracket.

Thrilled to share a first look at Disney+ with you! pic.twitter.com/iiqjFjaNra