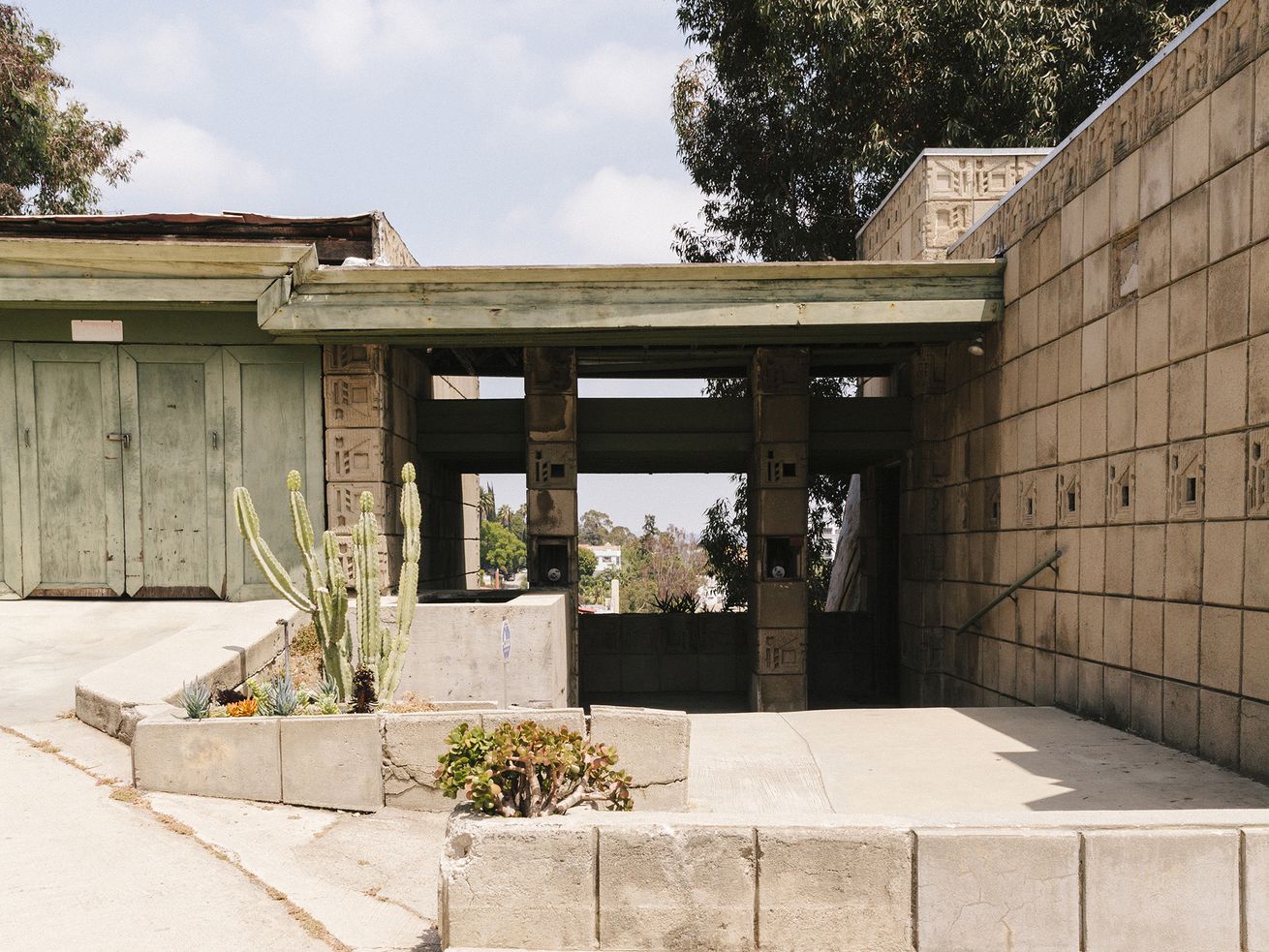 They include a tea car designed by Rudolph Schindler

The photos, which were provided to Curbed and have been published on the LAPD art theft page, show two floor lamps designed by Wright and a folding chair designed by Rudolph Schindler.

There’s also a fourth item not included in any of the previous statements about the theft that might be the most unique—a tea cart also designed by Schindler.

“This piece really is a museum piece,” says Richard Wright, president of the Chicago-based Wright auction house. “It’s not like you would buy this to bring it out at parties.”

The Freeman House was completed in 1923 as one of only four textile-block homes that Frank Lloyd Wright designed using an innovative cast-concrete method. USC took ownership of the home in 1986.

Last month, the Los Angeles Times reported that during renovations to the historic property, some of its furniture was stolen from USC’s storage room in South LA.

LAPD Detective Don Hrycyk confirms to Curbed that an investigation is ongoing but has revealed “nothing significant.”

Wright says the stolen lamps look “virtually the same” as a lamp sold in 2016 that Frank Lloyd Wright had designed for the Storer House, another textile-block house in Hollywood built around the same time.

Robert L. Sweeney notes in his book Wright in Hollywood that the lamps are similar “though not identical.”

The description on the LAPD art theft site also notes that one of the lamp’s “original glass pane is missing or replaced.”

The lamps and chair are shown prominently in Julius Shulman photos of the Freeman House taken in 1953 that can be seen on USC’s website. The tea cart is not visible in any of Shulman’s photos.

In February, a former USC associate who asked to remain anonymous told Curbed that the theft of items from the storage room was known to people working at the school at the time, and that more items are likely missing than the school has reported.

Last month, a spokesperson from the LAPD art theft division declined to provide descriptions of the stolen items to Curbed, saying that the pieces might be “confused with similar items in the market.”

But Wright disagrees, saying the pieces are very distinctive, and will be even more recognizable now. “They’ll be impossible to trade now that the the word is out.”

LAPD urges anyone with information about the items to contact the art theft detail at 213-486-6940.