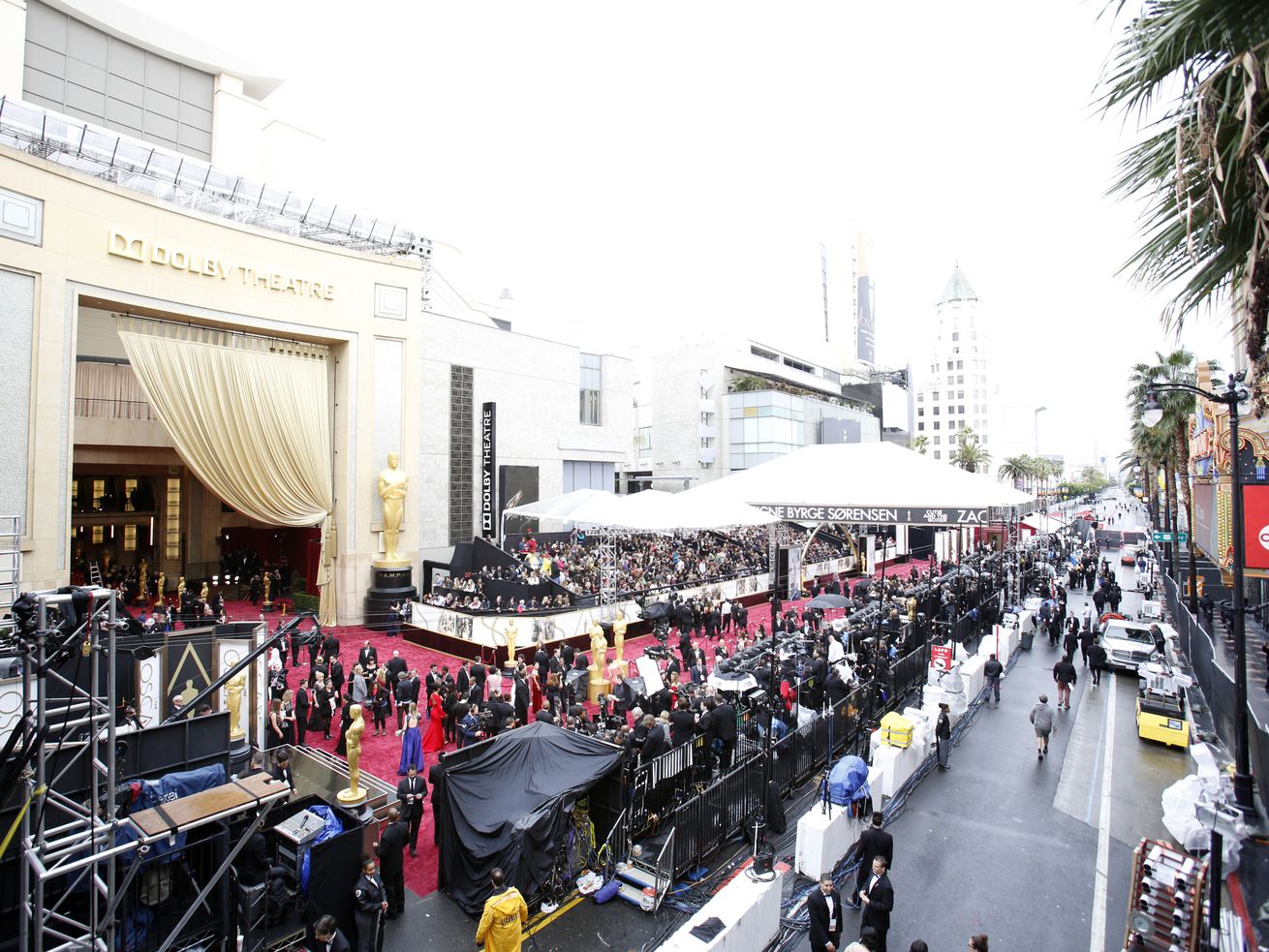 Some streets are already off-limits for vehicles

Host or no host, the 91st annual Academy Awards are happening Sunday, and that means street closures have already begun around the Dolby Theatre, where the ceremony has been held since 2002.

The closures began a week ago and will ramp up Friday, covering a wide swath of the Hollywood Walk of Fame and several streets around it.

For now, the block-long stretch of Hollywood Boulevard between Orange Drive and Highland Avenue is closed to vehicles in both directions. Segments of Orchid Alley and Hawthorn Alley are also off-limits, while curbside lanes on Hawthorn Avenue and Orange Drive have also been shut off to traffic. Those closures (detailed in the map below) will be in effect until the morning of February 27.

On Friday, Hawthorn Avenue will be entirely closed to vehicles between Orange Drive and Highland Avenue. The next day, all of Orchid Avenue and Orchid Street will be off-limits. The Hollywood and Highland subway station will close late at night Saturday, so weekend revelers will have to use the Hollywood and Vine station if boarding the Red Line after midnight.

In the wee hours of Sunday morning, the most dramatic street closures will begin. Hollywood Boulevard will be shut down between El Cerrito Place and Cahuenga Boulevard. Drivers will also have to avoid Highland Avenue between Franklin Avenue and Sunset Boulevard.

Other streets, including parts of Wilcox Avenue and Yucca Street will be closed to all but local residents, emergency vehicles, and those accessing businesses in these areas.

Pedestrian access in the area will also be limited on the day of the awards ceremony, with the sidewalk in front of the Dolby Theatre shut off entirely.

Most of these street segments will reopen February 25, with the last closures ending March 2. The map below details closures on Oscar Sunday.