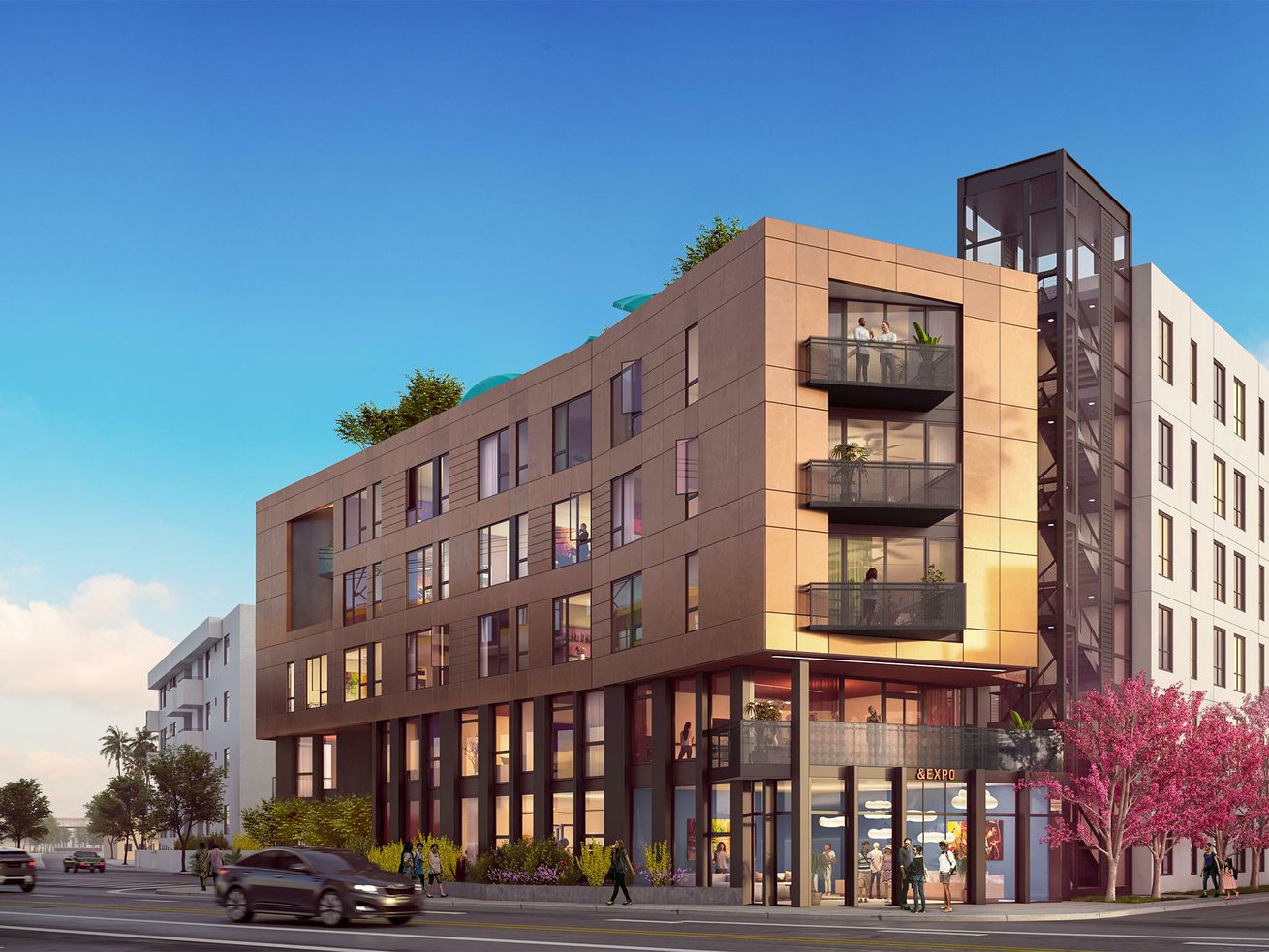 The 102-unit complex will rise alongside the Expo Line tracks

A planned 102-unit apartment complex on Pico Boulevard in Sawtelle is on its way to replacing the Fantasy Island strip club and sports bar.

Documents slated to be shared with a committee of the West Los Angeles Sawtelle Neighborhood Council tonight give a first glimpse of how the project would fit in on the site along elevated Expo Line tracks. The strip club’s mock lighthouse is likely a familiar site to Expo riders who travel this section of the route.

The six-story development, designed by KFA, would hold two levels of underground parking and be topped off by a communal roof deck. About two-thirds of the units would be studios, with one-bedrooms and a handful of two-bedrooms mixed in.

The project makes use of the city’s transit-oriented communities guidelines, which allows developers to build taller than usually allowed in exchange for putting affordable units in the complex. This project would include 11 units for extremely low-income households.

Designs for the project refer to it as Amoroso Expo, a nod to the developer, Calabasas-based real estate investment firm Amoroso Companies.

Amoroso has a couple other projects not far from this site. Near the Expo/Bundy Station, the developer is building a five-story apartment building. Further east on Pico, near Fairfax, Amoroso wants to replace a strip mall with a seven-story building with apartments and retail.