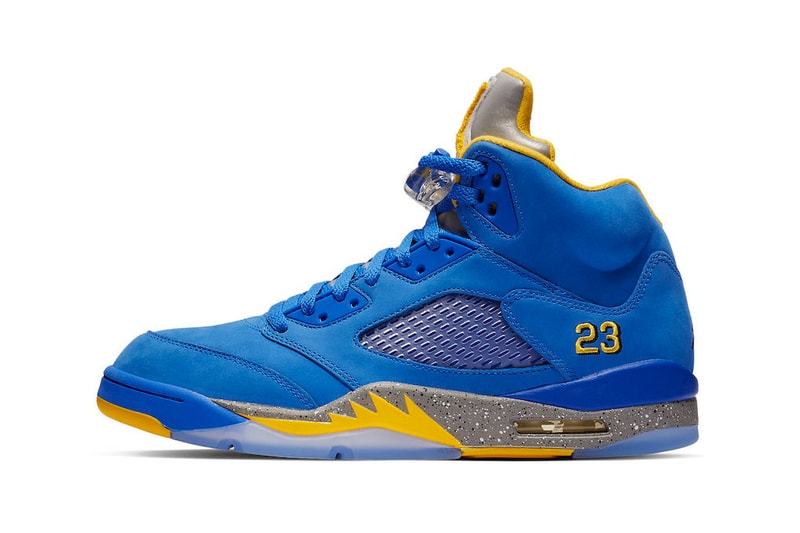 StockX, the secondary sneaker marketplace, will be providing a home for the newly released Air Jordan 5 "Laney."

The iteration’s inaugural arrival graced the footwear community in 2000, but a redux didn’t become available until 2013. Now, after almost six years since the last release, the allusive model — referencing Michael Jordan‘s tenure at Emsley A. Laney High School — presents a tinge of new aesthetics from its predecessors. The typical white, leather upper is traded for a royal blue draping over nubuck. Dropping to the midsole, the aforementioned hue bleeds down and is complemented by a speckled accent and maize yellow — a hue which extends to the shoe’s lining, the "23" motif and fuzzy "Jumpman."

Head over to StockX to buy the Air Jordan 5 "Laney" now.