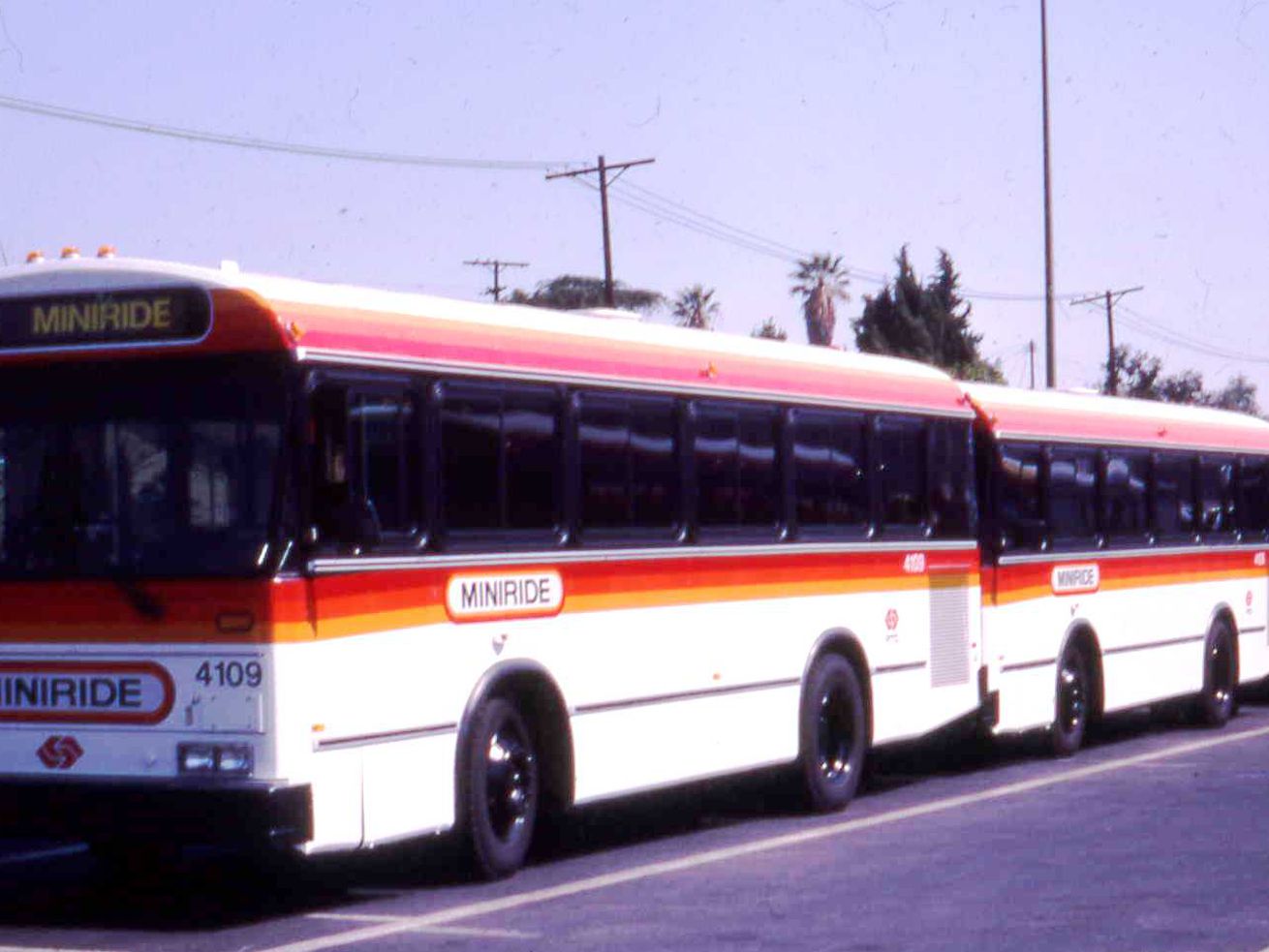 For the transportation nerds and graphic design enthusiasts out there, Los Angeles’s largest transit agency has just the merchandise you’ve been waiting for.

Were he alive, legendary designer Saul Bass would have 99 years old on Wednesday, and Metro is celebrating the occasion with a collection of apparel and knick knacks branded with the sharp logo Bass designed for its predecessor agency, the Southern California Rapid Transit District.

RTD’s red, hexagonal logo is likely a familiar site for those who lived in Los Angeles prior to the agency’s 1993 merger with the Los Angeles County Transportation Commission (in which Metro was formed).

Bass is best known for his work designing film posters and title sequences for film classics from Vertigo to Goodfellas, but he was also hired by RTD in 1979 to redesign the agency’s logo, as well as the color scheme of its buses and signage.

The straightforward red, orange, and yellow striping proposed by Bass gave RTD’s buses a uniform and recognizable look that remained in place for more than a decade, at a time when Los Angeles transit officials were laying the groundwork for the growing network of subway and light rail trains in place today.

The M-in-a-circle logo that Metro now uses was designed in 2003 by the agency’s creative director Michael Lejeune and art director Neil Sadler, after its similar original design came under fire for too-closely resembling that of Washington D.C.’s transit agency.

Bass’s earlier RTD design gave buses a sleeker, more branded look, but it received some snark from one impatient passenger. Rosemead resident Robert Ritchie wrote to the Los Angeles Times after the new logo was introduced:

“Now when the bus is 20 minutes late and I finally see it coming down the street, my anger and frustration will turn to joyous elation at the sight of the soothing, coordinated color scheme.”