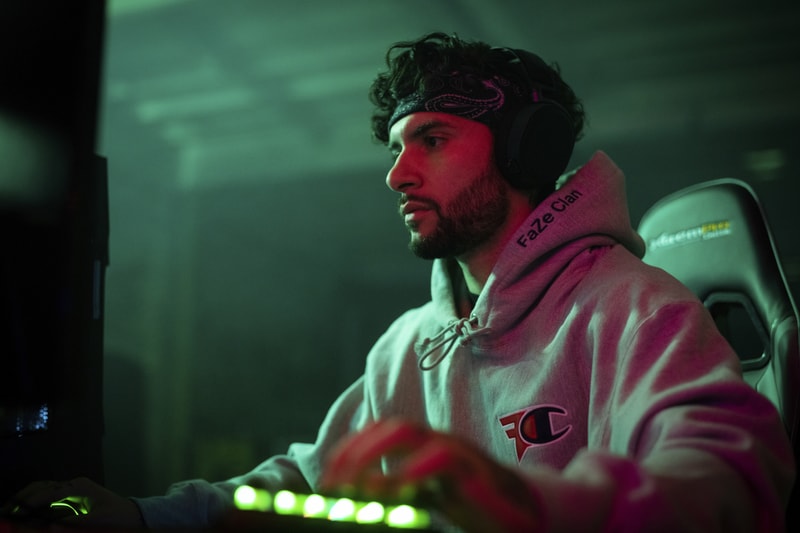 Continue to connect with the fast-expanding world of Esports, Champion is teaming up with FaZe Clan — that craft’s dominant crew — for another special collaborative collection. Following up the previous run of red and black hoodies, FaZe Clan and Champion have come together for a range of heather grey and navy blue reverse weave hoodies and sweatpants, complete with the signature FaZe Clan embroidery.

Dubbed the FaZe Clan x Champion 2.0 collection, the pairing’s latest drop hopes to capitalize on the incredible success of the initial collaboration, which sold out in less than half an hour. To promote the line, the two entities have also cooked up a promotional vignette and visual campaign featuring FaZe Clan member Temperrr.

"FaZe Clan is known for delivering stellar performances under pressure for the wildest expectant crowds in Esport stadiums around the world, while entertaining the wider gaming audience through engaging and explosive content," reads an official statement from Champion."It makes sense that Champion has doubled down on the pop-gaming and Esports brand that is confirmed as the most mentioned gaming brand in the world on Twitter … FaZe Clan has cemented itself as the most influential pop-gaming brand in the world, providing an exciting and unparalleled intersection between Esports, gaming and lifestyle, providing entry for all industries to join in and play, leading the way with giants like Champion, Nissan and HTC."

You can take a look at the new FaZe Clan and Champion 2.0 collection above, and check out the collaboration’s promotional commercial below. The collection is available for purchase through the official FaZe Clan website.

For more, check out Casbia and Champion’s "Century" collection.