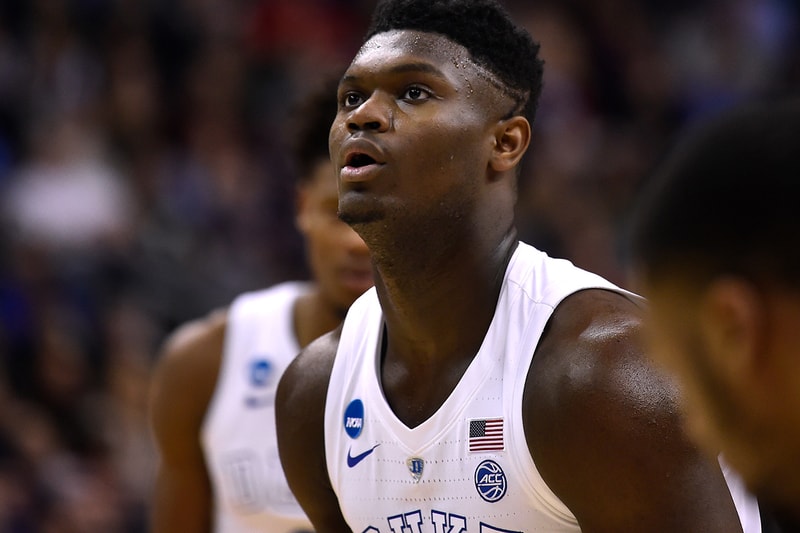 Though it comes as no surprise, 18-year-old Duke freshman Zion Williamson has just declared for the 2019 NBA Draft.

Sharing a personal video to his IG account on Monday, Williamson thanked his family, coach Mike Krzyzewski, the Duke fans and others for their support before officially declaring for the NBA Draft.

Six-foot-seven Williamson is projected to be the top pick during this year’s NBA Draft and has caught the attention of many league heavyweights from his dominate collage career, scoring on average 22.6 points on 68.0 percent shooting with 8.9 rebounds, 2.1 assists, 2.1 steals and 1.8 blocks in his past 33 games this season. He has also gone on to win the Wooden Award and was named the men’s basketball player of the year by the Associated Press.

The deadline for early entry eligibility is April 21. Along with Williamson, his teammates RJ Barrett and Cam Reddish officially declared for the Draft last week. Look for the 2019 NBA Draft to occur on Thursday, June 20, while the draft order will be determined on Tuesday, May 14.

Zion Williamson has officially declared for the NBA Draft. On May 14, the NBA will hold its lottery to determine which team has the right to draft him number one overall.

How the Knicks facetiming Zion ?pic.twitter.com/Xvw2cNwIcq

Zion Williamson is declaring for the NBA Draft.

Williamson is just the 3rd freshman to win the Wooden Award, joining Kevin Durant and Anthony Davis. He shot 68.0% from the field, setting a Division I freshman record.

What does Zion Williamson bring to an NBA franchise? pic.twitter.com/z9MM8Ey54s