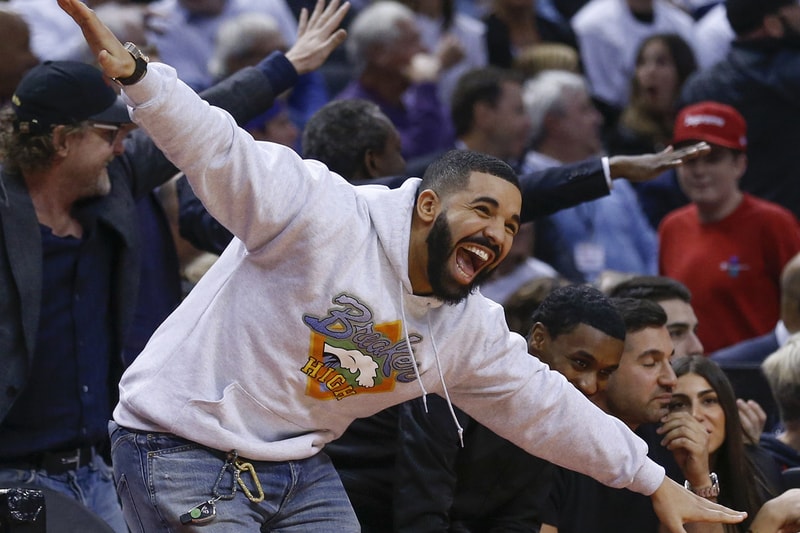 Taking to Instagram, Drake recently showed off is quickly becoming known as the "Air Drake" plane.

In the video, the Canadian rapper is seen getting a first look at the jumbo jet shortly after receiving a new look. The decorated aircraft sports a baby blue paint job dressed with OVO owl decals near the cockpit, "AIR DRAKE" on the propeller engines and a prayer hands motif on the rear wing. Throughout the short clip, Drake is seen clearly speechless offering a simple note, "no rental, no timeshare."

According to reports, Drake has partnered with Canadian scheduled cargo airline Cargojet. Although both parties have revealed the team up, there are still no details as to what the partnership will entail. Back in 2010, Sir Richard Branson‘s Virgin America company launched "Air Drake," a limited Airbus A320 route party route from Toronto to Los Angeles named after the rapper and co-hosted by Branson and Arnold Schwarzenegger.

In case you missed it, many think that a Taylor Swift and Drake collaboration is currently in the works.

"We are very excited to partner with Drake as our ambassador and assisting him with his logistical needs and requirements. We have had a lengthy relationship with Drake and this partnership has grown organically between both parties. Cargojet and Drake are both great Canadian successes, we are thrilled to be partnering together."