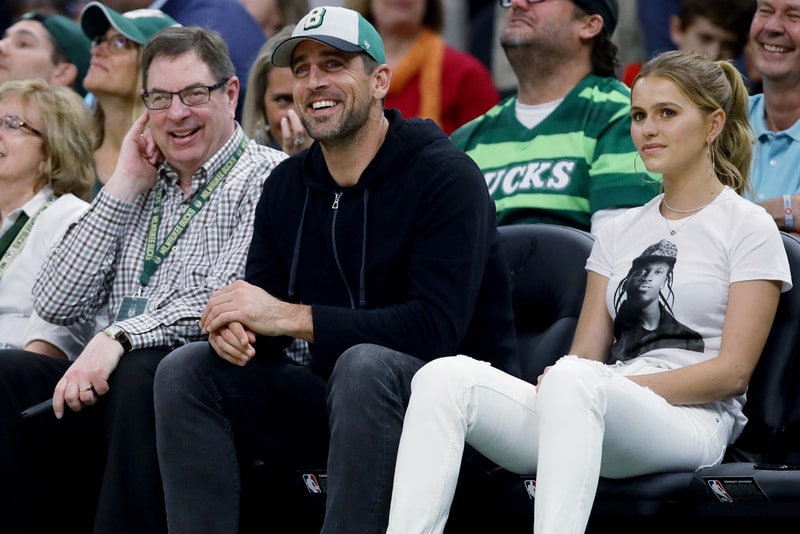 Drake has been unabashedly supportive of his hometown team, the Toronto Raptors, this NBA season, turning up the antics throughout the finals as he’s cheered from the sidelines. During last night’s matchup between the Raptors and the Milwaukee Bucks, however, a big-shot fan of the latter had some fun of her own by trolling the rapper with a graphic shirt plastered with Pusha T’s face.

The fan in question is model Mallory Edens, who just happens to be the daughter of Bucks’ owner Wes Edens and was sitting next to another high-profile face that only increased her visibility — NFL player and recent Game of Thrones extra Aaron Rodgers. Her sartorial choice is an obvious jab at Drake, who was wrapped up in a searing beef with Pusha T last summer, culminating with the Virginia-bred MC’s scathing diss track, "The Story of Adidon.”

Though Drake’s subsequent silence on the matter previously ended the feud, he had plenty to say when it came to delivering a response to Edens. Not only did he change his Instagram profile picture to one of her headshot photos, but he also posted her in his stories, writing: "All is fair in war and war and trust me I’ll still get you tickets to ovo fest."

For their part, the Raptors have been equally supportive of the Canadian musician. Prior to Game 4 of the NBA Finals on Tuesday, they gifted Drake with a diamond-encrusted OVO jacket worth around $550,000 USD.