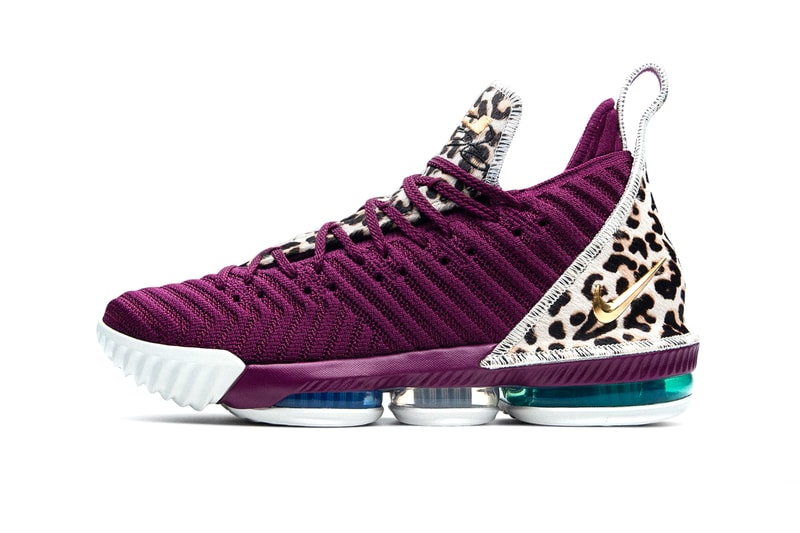 Since 2008, Phoenix Mercury guard Diana Taurasi has been seen extensively in player exclusive color ways of LeBron James’ signature sneaker line. Since then she’s remained a part of Team LeBron, equally finding a role next to the NBA star in the upcoming Space Jam sequel. After undergoing back surgery last season, Taurusi rejoined alongside her team Friday evening (July 13) to retake her role as one of the most prolific WNBA guards in history, doing so in a brand new pair of the Nike LeBron 16 PE in a startling purple-based colorway.

The newly revealed shoes upper remains doused in purple flyknit, with faux leopard fur panels emblazoned on the heel. More details include a gold Swoosh on the lateral heel, with a similar leopard pattern marking the tongue. Rounding off the sneaker is a vibrantly-colored outsole air unit.

You can take a look at the Nike LeBron 16 PE “Diana Taurasi” in the gallery above. Likely a player exclusive, Nike currently has no release information regarding the shoe.

For more related news, take a look at the Nike Zoom KD 12 “Multi-Color.”