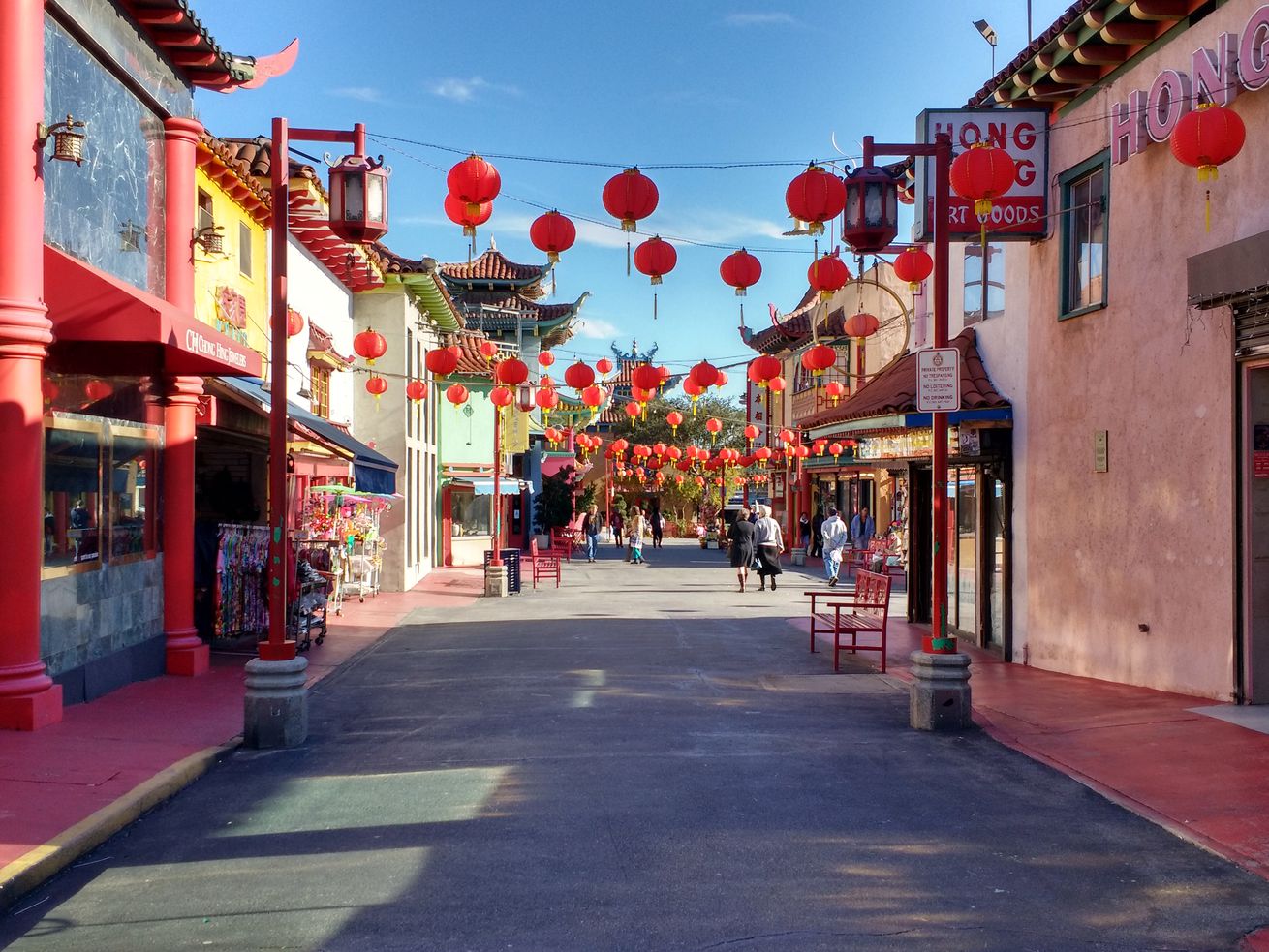 In the early days of Downtown LA’s rebirth as a place where well-off people lived in lofts and hip restaurants and bars flourished, Tom Gilmore was heralded as a developer who could kick start the changes.

In 2000, he bought four historic, decrepit buildings at the edge of Skid Row and created the Old Bank District, which became a trendy high-rent pocket in the hard-luck neighborhood. He was not the only developer that boosted Downtown’s reputation—but he was among the most lauded.

Now it seems he’s turning his attention to Chinatown.

In 2016 and 2017, LLCs connected to Gilmore have snatched up two properties on Jung Jing Road in the Chinatown Central Plaza. Then, last year, property records show a Gilmore-connected LLC paid $15.375 million for a corner property at Hill and College streets that houses a number of small businesses, including the Ai Hoa Market.

Ai Hoa has been in operation in Chinatown since the late 1970s and outlasted a controversial Walmart grocery store up the street. But the market is slated to relocate to El Monte at the end of the year, architect Daveed Kapoor tweeted last week.

In addition to being a longtime neighborhood fixture, the market is also important to the history of Vietnamese Americans in LA. The Ai Hoa was one of the first in LA’s Chinatown founded by Vietnamese war refugees, according to Phuong Nguyen, assistant professor of U.S. history at Cal State University, Monterey Bay.

An employee at the market confirmed to Curbed last week that the Ai Hoa Market was moving, and indicated that it was because of an issue between the management and the building’s new owner.

It’s unclear what the future holds for the market’s corner parcel. City records do not indicate that there are any immediate plans for development at the site, and Gilmore was unable to provide comment in time for publication.

In 2013, Gilmore purchased four properties along College and Broadway, paying $10 million. Now, with his purchase of the Ai Hoa, Gilmore effectively owns half of that block bounded by Hill, College, Broadway, and Alpine.

The Ai Hoa building and an adjacent Gilmore-owned office structure have been given a Pepto Bismol-pink paint job reminiscent of a fancy makeover on another Gilmore-owned building on Jung Jing Way in the old Chinatown Plaza area, which he purchased for $1 million in 2017.

Gilmore is hardly the only developer interested in Chinatown. Interest in the neighborhood’s properties has surged recently.

Downtown developer Izek Shomof is planning a seven-story mixed-user near Spring and Alpine. Atlas Capital is planning 725 market-rate units near the Chinatown Gold Line Station (though residents are suing to stop it).

It’s a pattern that is repeating in Chinatowns across the country as wealthier people seek downtown homes, the Atlantic reported in February.

These neighborhoods, often located in the heart of cities’ urban centers, were inexpensive and undesirable for decades. They experienced long periods of disinvestment in the wake of white flight from cities and suburbanization, and that’s made them very attractive to developers.

But as Chinatowns and other ethnic enclaves have become prime properties, that has meant in many instances that longterm residents are getting pushed out. In LA’s Chinatown, this seems to be the case too.