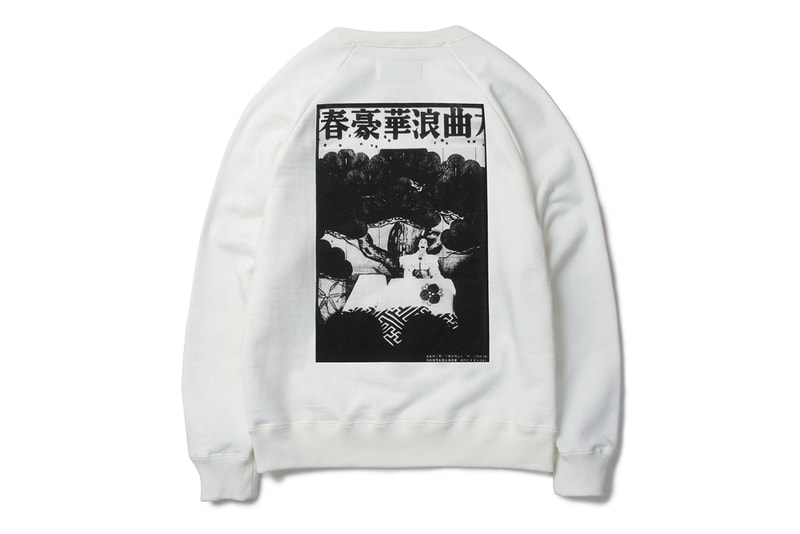 Following the past several joint efforts, Daidō Moriyama and WACKO MARIA reunite for a series of minimalist layering pieces elevated by Moriyama’s signature stark photography. The goods are somewhat more conservative than the duo’s previous collaborations, though there’s still plenty of suggestive imagery to be had.

Comprising six styles, the garments are all printed on white or black heavyweight crewneck sweaters and T-shirts to emphasize Moriyama’s artwork, which appears on the front of the tees and rear of the sweaters. The photographs range from shots of palm trees on a beach to flyers for call girls and sexually-charged films. One print showcases a neon sign for nudes (written in Japanese Katakana), while another displays a picture of a presenter sitting in front of a wall of traditional art.