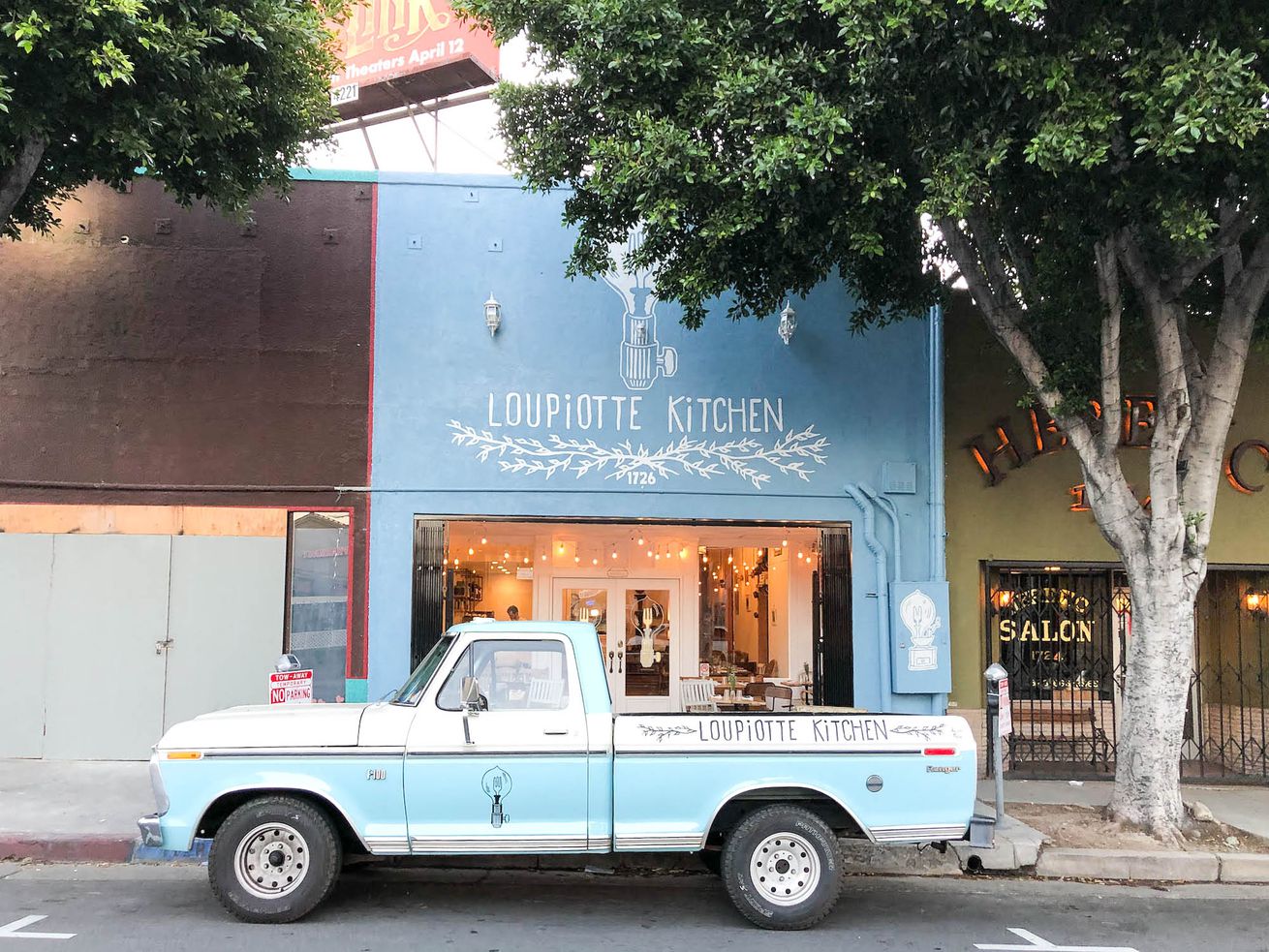 A charming new addition comes to the dining landscape today in Los Feliz, and its name is Loupiotte Kitchen. The laid-back French specialist does all-day bistro fare in a rustic farmhouse-style storefront right on Vermont.

Loupiotte Kitchen comes to life by way of Sarah Bessade, a longtime Parisian restaurateur who first lived in Los Angeles years ago. Her most recognizable past project in France is the popular Gabylou, though Bessade has since departed from there to open up Loupiotte in Los Feliz.

Now her dream is being realized, as the former Churro Borough dessert shop space has been completely flipped to show off lots of worn woodwork, a long bar, and 20-odd tables for daily diners. There’s a lived-in feel just like at nearby cafe All Time, though Loupiotte skews decidedly more French. As for the menu, expect French basics like soft-scrambled eggs for breakfast or pain perdu, with options ranging from quiche to a Caesar salad for lunch. Nothing on the menu crests over the $13 mark, and there are limited options for vegans as well. The opening menu is below.

Loupiotte Kitchen opens today, keeping hours from 7 a.m. to 5 p.m. every day except Monday. Extended dinner service is coming soon, and in the meantime Bassade and her team are also using the Kitchen to help run a side project called Loupiotte Community, a non-profit that will share some proceeds from every pastry sold at the restaurant and spread it around to various groups within the city.