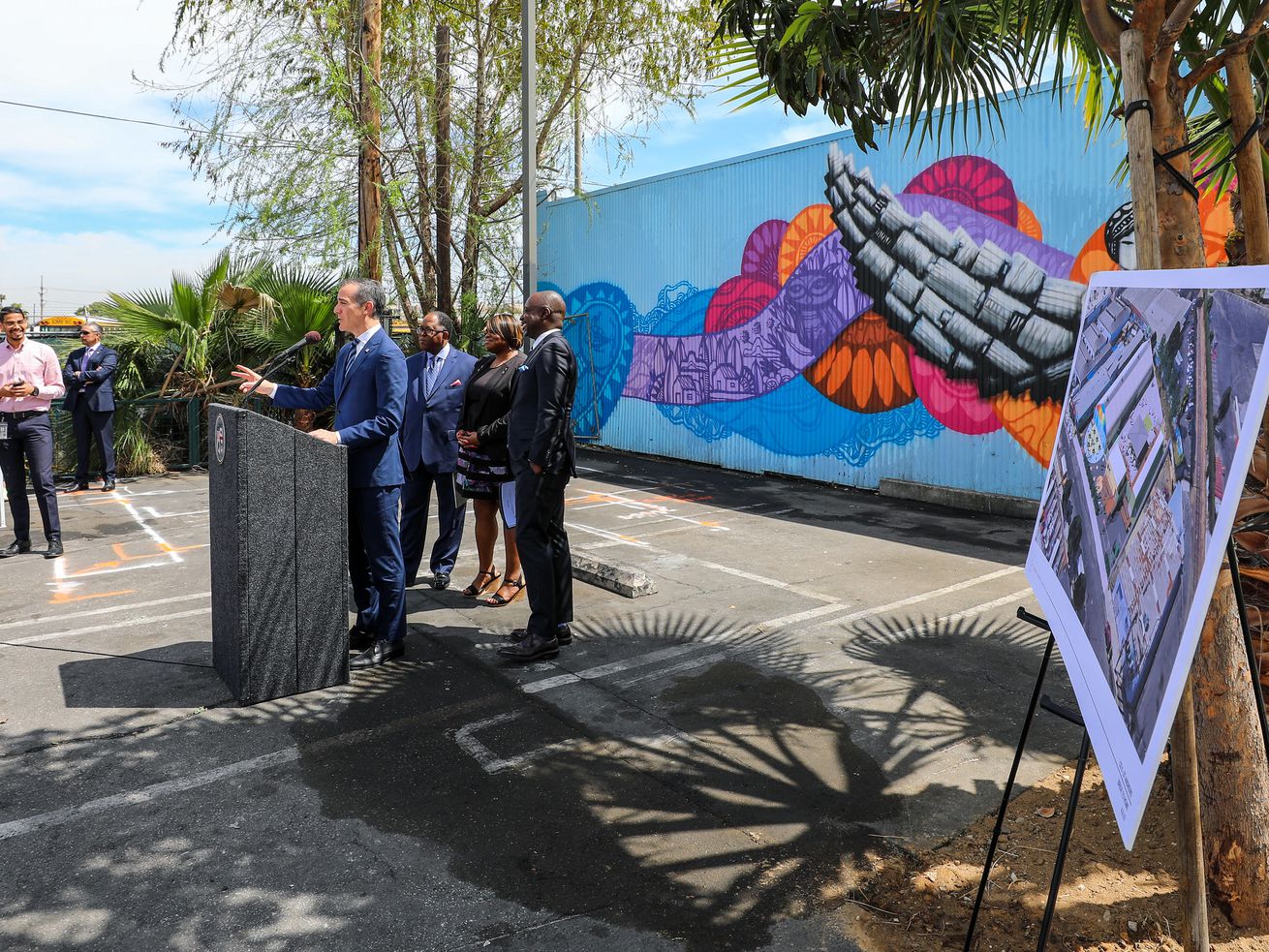 Construction got underway Monday on a temporary shelter in South LA with beds for 100 homeless residents living in the Chesterfield Square area.

The emergency housing center, which will rise from a city-owned plot of land on Saint Andrews Place, near the intersection of Slauson and Western avenues, is part of Mayor Eric Garcetti’s A Bridge Home program,

The initiative launched a year ago, with Garcetti proposing construction of at least one shelter in all 15 of the City’s Council districts. So far, three shelters have opened—two in Hollywood and one in Downtown LA, next to the El Pueblo de Los Angeles Historical Monument. Two more, including the Saint Andrews site, are now under construction.

The bridge housing sites were billed as quick-to-build “emergency” structures where some of the city’s 23,000 residents living without shelter can stay while awaiting permanent housing.

But even emergency housing can take time to build. The Saint Andrews shelter site was identified in July; a lengthy study of the project took until November to complete, and the plans were approved in December.

Other proposed shelters have faced opposition from neighbors. Plans were scrapped for a shelter in the heart of Koreatown after a series of resident protests, and bridge housing centers proposed in Venice, Wilmington, and Sherman Oaks faced similarly fierce resistance.

“Our homeless neighbors can’t wait,” said Garcetti in a statement Monday. “They need a place to sleep right now.” He promised that, when the site opens in TK, it will provide “badly needed emergency beds and services for Angelenos in South LA.”

Shelters built through the mayor’s program provide residents with access to on-site case management and other resources like healthcare and counseling.

Seven more of the shelters have been approved by the City Council and are expected to begin construction in coming months.