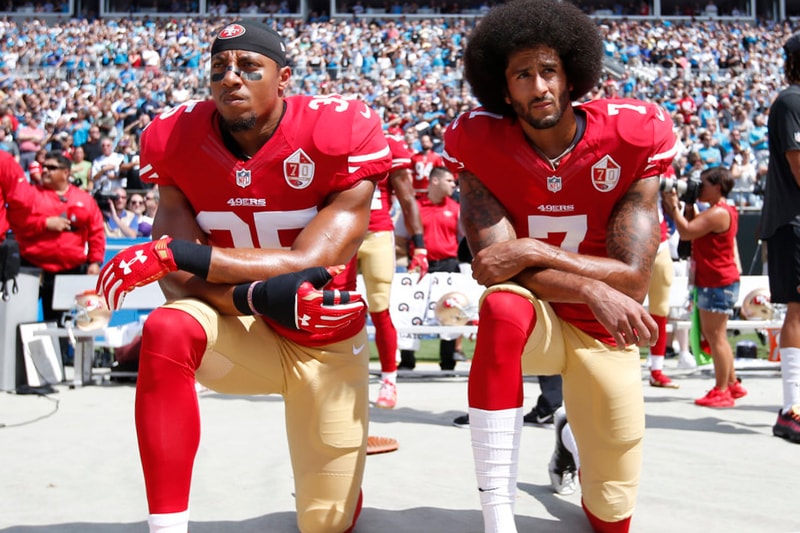 Following months of discussion, Colin Kaepernick and Eric Reid have resolved their collusion grievances against the National Football League in a confidential settlement this Friday. As part of that aforesaid confidentiality, both sides apparently signed a non-disclosure agreement stating that they will not publicly disclose details of the case or settlement. According to Yahoo Sports, close sources told the publication that “Kaepernick and Reid would only settle the complaint if a lucrative financial agreement was reached between the players and the NFL.”

Since the end of the 2016 NFL season, the former 49ers quarterback has not played in any official games. As for Reid, the safety appeared in 13 games for the Panthers and last week signed a three-year extension worth over $21 million USD.

Today, we were informed by the NFL of the settlement of the Colin Kaepernick and Eric Reid collusion cases. We are not privy to the details of the settlement, but support the decision by the players and their counsel. We continuously supported Colin and Eric from the start of their protests, participated with their lawyers throughout their legal proceedings and were prepared to participate in the upcoming trial in pursuit of both truth and justice for what we believe the NFL and its clubs did to them. We are glad that Eric has earned a job and a new contract, and we continue to hope that Colin gets his opportunity as well.